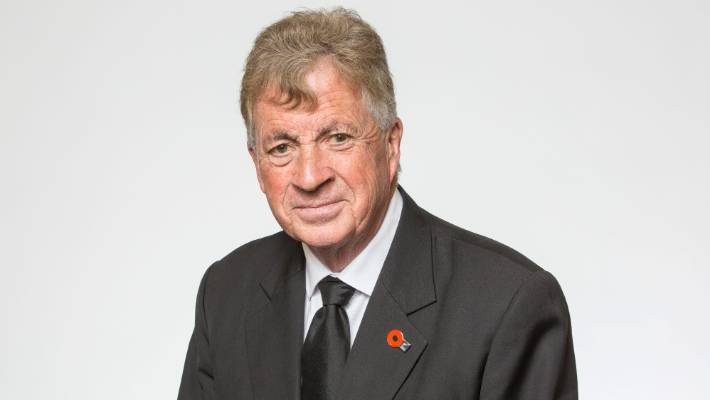 Several members who were unable to attend our special meeting on Sunday 7th October have requested a report on the ‘Sea Change versus democracy in the Hauraki Gulf’ presentation given by Auckland Councillor Mike Lee.

Mike has been a local body representative in the Auckland region for over 26 years, having lived and worked in the Hauraki Gulf and Waitemata ward for most of his life. He was invited to address Democracy Action about the power play currently underway for the control of the Gulf.

Please see below a summary of the most important points Mike made, which I trust does justice to the essence of his presentation.

Mike opened his address with the arrival of Captain Cook to these shores, 250 years ago next year. He quoted a passage from a Joseph Bank’s journal, which described an incident whereby Tahitian born translator, Tupaia, in answer to a challenge by Maori, said “ While we are at sea, you have no manner of business with us. The sea is as much our property as it is yours”.

Mike referred to this quote as the nub of his presentation.

Under this Act the Hauraki Gulf Forum was established to promote and facilitate the integrated management and the protection and enhancement of the Hauraki Gulf. Mike Lee is one of the Auckland Council representatives on this body. Membership of the Forum is a collection of:

In Mike’s view the Forum has not been that successful. “There has not been a full-hearted attitude from the powers that be to really make the Marine Park work”.

After setting the scene historically, Mike brought us up to date with information about the ‘Sea Change’ Marine Spatial Plan, and the push for co-governance of the Hauraki Gulf.  In answer to questions from the audience, he also briefly touched on the Maunga Authority, the Auckland Plan, the political situation, and advice on what we can do about issues of concern.

Please see below a list of key points Mike made relating to each of the issues:

In answer to questions from the audience, he also made some points regarding the following issues:

Mike added that council officers are extremely sensitive to iwi demands, not so sensitive in terms of democracy or the public interest. 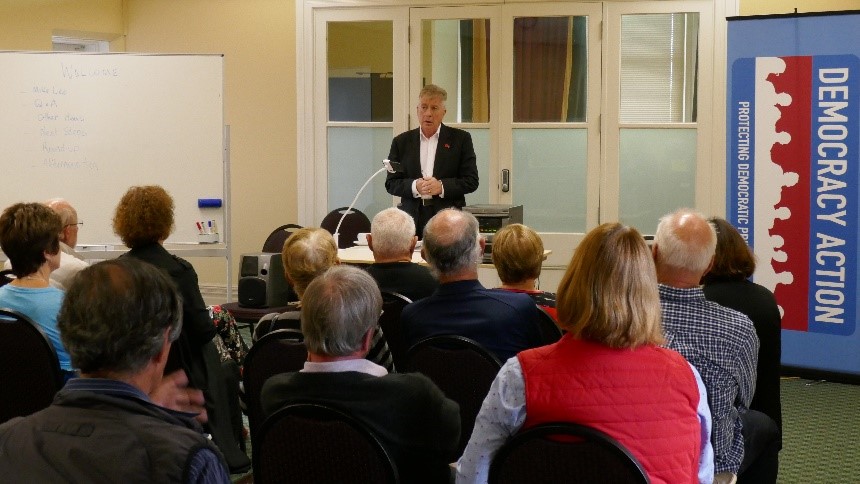 Mike continued with a warning to be aware of the quasi reforms that are undermining democratic governance in New Zealand. He also expressed the following observations:

“But what can we do?” Mike’s advice included the following:

Mike concluded by urging us to speak out for democracy, and call out the attempt to undermine democracy and the public interest and public rights over the Hauraki Gulf.

Peter, on behalf of Democracy Action, expressed our gratitude to Mike for the time and effort he took to share his thoughts with us, which he did in a very frank and interesting manner.

Judging from the comments made by those who attended, everyone appeared to be very pleased they had come along to hear what Mike had to say, and were very impressed by the depth of his knowledge and understanding of the issues we face.

If you have any questions, please contact us at: [email protected]