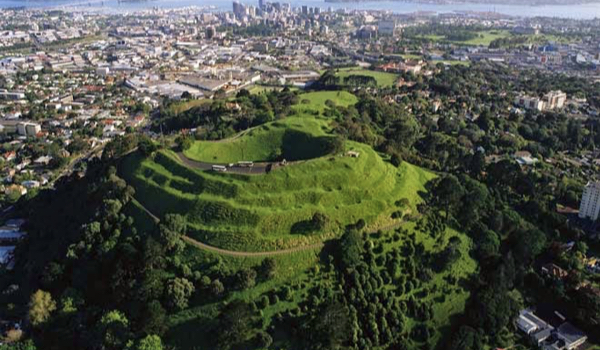 You may remember the protest in Devonport early last year, whereby a group of citizens pushed back on the Tupuna Maunga Authority’s (TMA) autocratic decision-making concerning Takuranga / Mt Victoria.

Despite being rebuffed by both the Mayor of Auckland, and the Ombudsman, who both claim they have no jurisdiction over the TMA, the group has not given up. They are urging people to email the TMA at  [email protected]  protesting the pending removal of the carpark near the Takuranga / Mt Victoria summit.

This carpark is a popular facility, much valued by the community. Therefore, its removal should be decided in a democratic fashion - only after a widely advertised and proper submission process, thereby enabling interested parties to put their case for its retention. This has not happened.

Geoff Chapple, of the Devonport group writes: The new protest is simple. Write a short email to the TMA, and after you’ve done that, alert my gmail address [email protected]  to say you’ve done so. I’ll total the numbers and make sure those numbers receive publicity in the local Devonport Flagstaff newspaper.  Please keep the pot boiling. The fight is worthwhile since the TMA’s budget for carpark removal doesn’t become available until June.  Remember too that the TMA’s barrier arm decision is easily reversible – simply raise the thing. The removal of the top carpark, though, is not reversible.

1) Any removal of the top car park on Takarunga / Mt Victoria should be decided only after the TMA produces a proper Individual Management Plan (IMP) for the mountain and only after that IMP has gone through a proper submissions process.

2) As should have been done also with the barrier arm blocking of vehicle access in 2018, done without consultation.

3) You can add – if it’s true – that you didn’t even know about the latest submission process on the TMA’s 2019-2020 Operational Plan. The TMA is not good at letting the public know, and that window closed on March 17. Believe me, it was pretty hard to find that the window even existed.  So, you might say having seen mention for the first time in the Flagstaff that the TMA intends to take out all or most of the carpark, you’re giving your opinion now.

For information as to why the Devonport group is so concerned, see Geoff’s letter, published in the Devonport Flagstaff. A scanned copy of the letter is below. 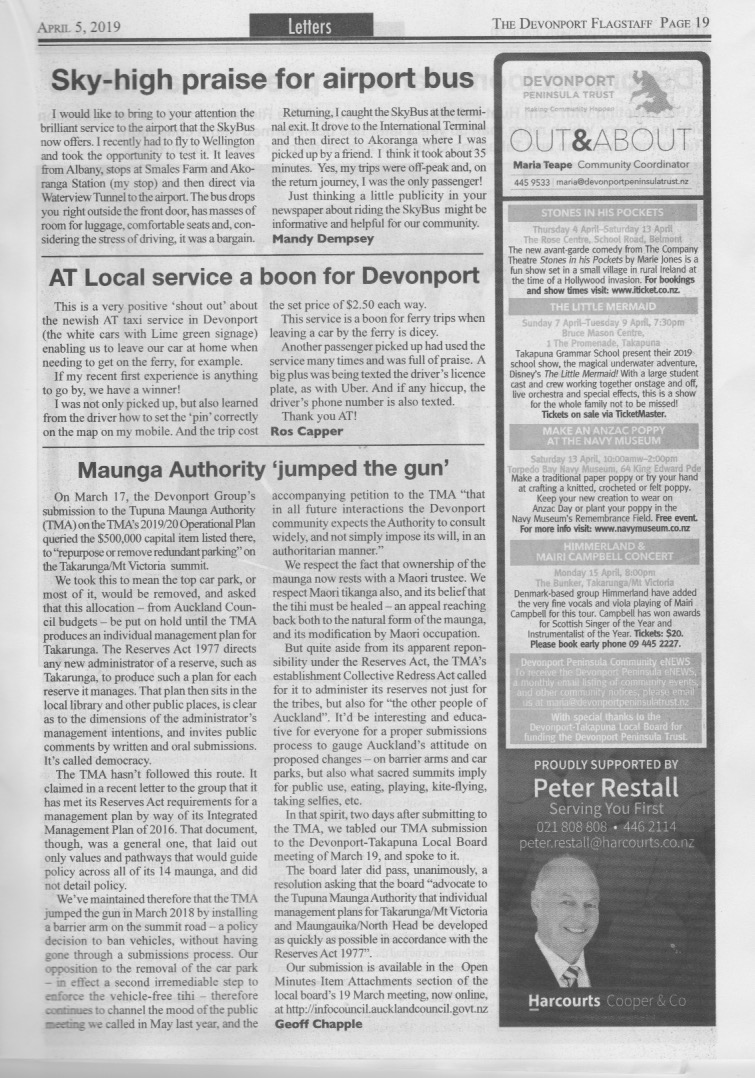 Below is a copy of the TMA Hui 32 agenda (15 December 2017). Pages 19 -33 show the boundaries of the legal title of the Maunga, and the surrounding areas of largely private land, identified as ‘Maunga Areas’. Together these are acknowledged on Auckland Council’s Geomaps as a Tangata Whenua layer.