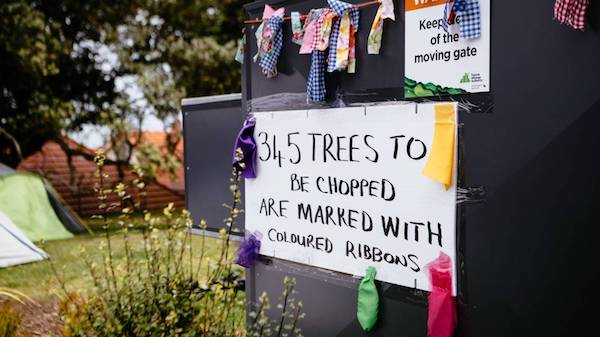 The Court of Appeal found that the TMA’s plan breached the Reserves Act and didn't carry out appropriate consultation with the public. The decision also concluded Auckland Council acted unlawfully by not publicly notifying the tree felling resource consent.

In response to the judicial decision, the TMA has publicly signalled its intention to challenge the decision and/or effect a law change to undermine it. This means the trees’ long-term safety is not guaranteed.

Furthermore, the decision leaves the door open for the Authority to fell the trees in future, provided the consultation obligations are met.

Anna Radford spokesperson for Honour the Maunga, the group campaigning to save the trees, said recently:

"We are and have always been an environmentally-focused organisation but along the way have become aware of how the people of Aucklands’ voices are being not only ignored but actively silenced by many elected representatives - especially those on the Authority - and unelected parties”.

"This is a big problem that goes way beyond the Maunga tree issue," she says.

Ms Radford says the Authority has acted in very poor faith in many ways, including misleading the public about its true intentions for the Maunga, and deliberately weaponising and inflaming racial tensions to distract attention from its own behaviours.

"We are therefore highly sceptical that any future consultation about the trees will be in good faith or representative of true democracy by either the Authority or the Council”.

"The upcoming local body elections present an important opportunity to let the people of Tamaki Makaurau Auckland who care about the Maunga trees’ future to take action at the ballot box so that hopefully the next Mayor and elected representatives will treat the Auckland community and its natural environment with more integrity."