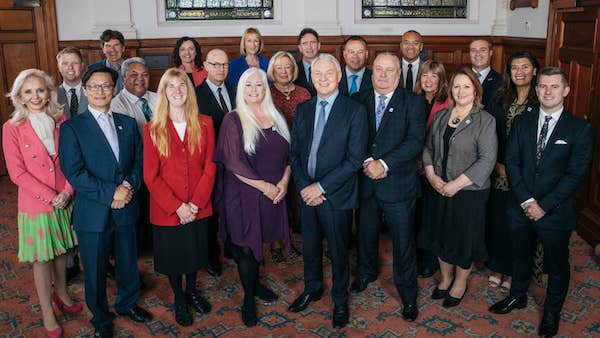 In September Democracy Action, in conjunction with the Auckland Ratepayers Alliance, released a briefing paper that we have been working on for some time. The paper, titled ‘Atawhai: Generosity for some’, shows how in just six years Auckland Council spent at least $129 million on targeted Māori spending and iwi consultation. And the bill is increasing. Last year’s spend came to $30 million – more than double the $13 million spent six years ago.

Ratepayers’ Alliance spokesperson Jo Holmes says, “Every dollar allocated to cultural advice, a marae development, or an unelected Māori authority is a dollar that cannot be used for the core council services that benefit all ratepayers."

The Chair of Democracy Action, Lee Short, questions the wisdom of this targeted spending, given that the 2015 report by the NZ Institute of Economic Research showed that the Māori economy in Auckland is substantial – at around $4 billion of GDP with $23 billion of assets.

Copies have been sent to the Auckland councillors. Not one has responded.

But the chair of Auckland’s Independent Māori Statutory Board did, saying the report was “racist”. We’d really like to know how simply pointing out costs is racist.

The latest figures just received from Auckland Transport (AT), one of the Council Controlled Organisations, shows continuing increases in expenditure targeted at Maori Outcomes. For the last financial year ending 2019/20 this totalled $2.382M.  Please click HERE to see the response from AT.

It is time the Council reigned in such expenditure - ratepayers deserve better.