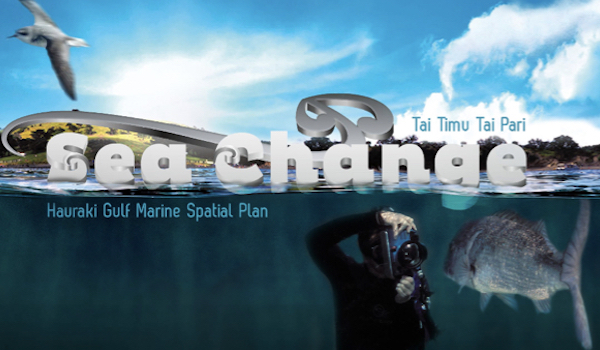 The Minister of Conservation Eugenie Sage and the Minister of Fisheries Stuart Nash have selected the members of the ministerial advisory committee established to support the Government’s response to the Sea Change Tai Timu Tai Pari Marine Spatial Plan. The nine-person committee includes members with expertise in commercial and Māori fishing - including four mana whenua, fisheries management, environment, law and marine science. It will be co-chaired by Paul Majurey and Catherine Harland under a co-governance model.

Minister Sage has said that proposals by the Hauraki Gulf Forum to have 20 per cent of the gulf protected, and to restore 1000sq km of reef and shellfish beds would be covered by the advisory committee, along with the plan's other proposals for protected areas, rāhui, customary fishing and phasing out certain fishing methods. N.B. The Sea Change Plan includes reference to marine reserves, with Type 1 being no take areas for all except iwi - customary harvest would be permitted.

The plan also recommends local ‘Ahu Moana’ areas, from the mean high-water mark to a kilometre offshore. If adopted these areas would be managed mana whenua and local communities.

Fisheries Minister Stuart Nash has said they were committed to the plan.

Hauraki Gulf Forum - the last meeting of the year is on the 19th of August. The public are welcome to attend. The Forum then goes into recess until after the local body elections and the reappointment of members from successful councillors.