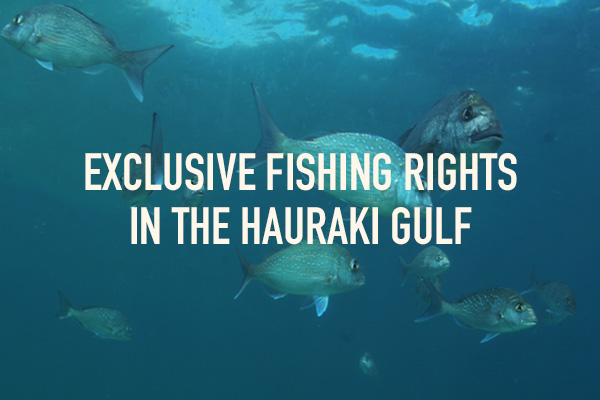 Although all looks well on the surface, it is well documented that the Hauraki Gulf is under stress. Sedimentation, pollution, overfishing, and poor fishing practices are all taking their toll on these beautiful waters. Marine mammals, fish and seabird species are dwindling in numbers. So, not before time, plans are underway to reverse this decline and revitalise the Gulf. However, the plan comes with a few fish hooks of its own.

Science (and common sense) show that benefits increase when an area is fully protected. Current no-take marine reserves (designated under the Marine Reserves Act) are the most effective way to restore health and biodiversity of marine areas. We can see the direct benefit of no-take marine reserves at Goat Island and the Poor Knights. Despite this, the Government’s recently released ‘Revitalising the Gulf’ proposals do not include one single ‘no-take’ area. Instead, DOC proposes new legislation with the following provisions:

12 High Protection Areas (HPAs): To protect and enhance marine habitats and ecosystems, all commercial and recreational fishing will be prohibited. However, these areas will still allow for customary practices by local iwi, including fishing.

This right will be exclusive to iwi, and at their discretion.

2 further protected areas: These will be adjacent to existing marine reserves at Cathedral Cove (Whanganui-a-Hei) and Cape Rodney (Okakari Point). These will be either new High Protection Areas or extensions to the existing marine reserves (as recommended in The Sea Change Plan, a plan developed by a co-governed working group). However, during Revitalising the Gulf’s development, concerns were raised about the impact of such extensions on the customary practices of iwi. DOC has since engaged further with local iwi to help determine what protection tool would be most appropriate in these areas, meaning these areas could also be designated HPAs.

The above proposals were developed following DOC engagement with 28 iwi and 2 iwi collectives. Furthermore, in 2023 DOC intends to work in partnership with local iwi to understand their interests and to identify their biodiversity objectives for each HPA site. Their intention is for the objectives to be refined over time based on the best available information, including Mātauranga Māori. DOC proposes that iwi have the option to design their own customary practice management plans (CPMPs) over the areas. CPMPs will provide for iwi to exercise authority over these areas.

‘High Protection Areas,’ which will allow customary take rights, make the stated objective of marine protection secondary to iwi fishing concessions. In effect, what is being proposed are exclusive–to–iwi fishing grounds.

Up until now, customary practices by iwi in otherwise closed marine spaces have covered relatively small areas, for instance, adjacent to a marae. However, as you can see on the ‘Location of the marine protection proposals’ map below, this is about to change. Several HPAs cover large areas, including some of the best fishing spots in the Gulf and off the Coromandel coast. 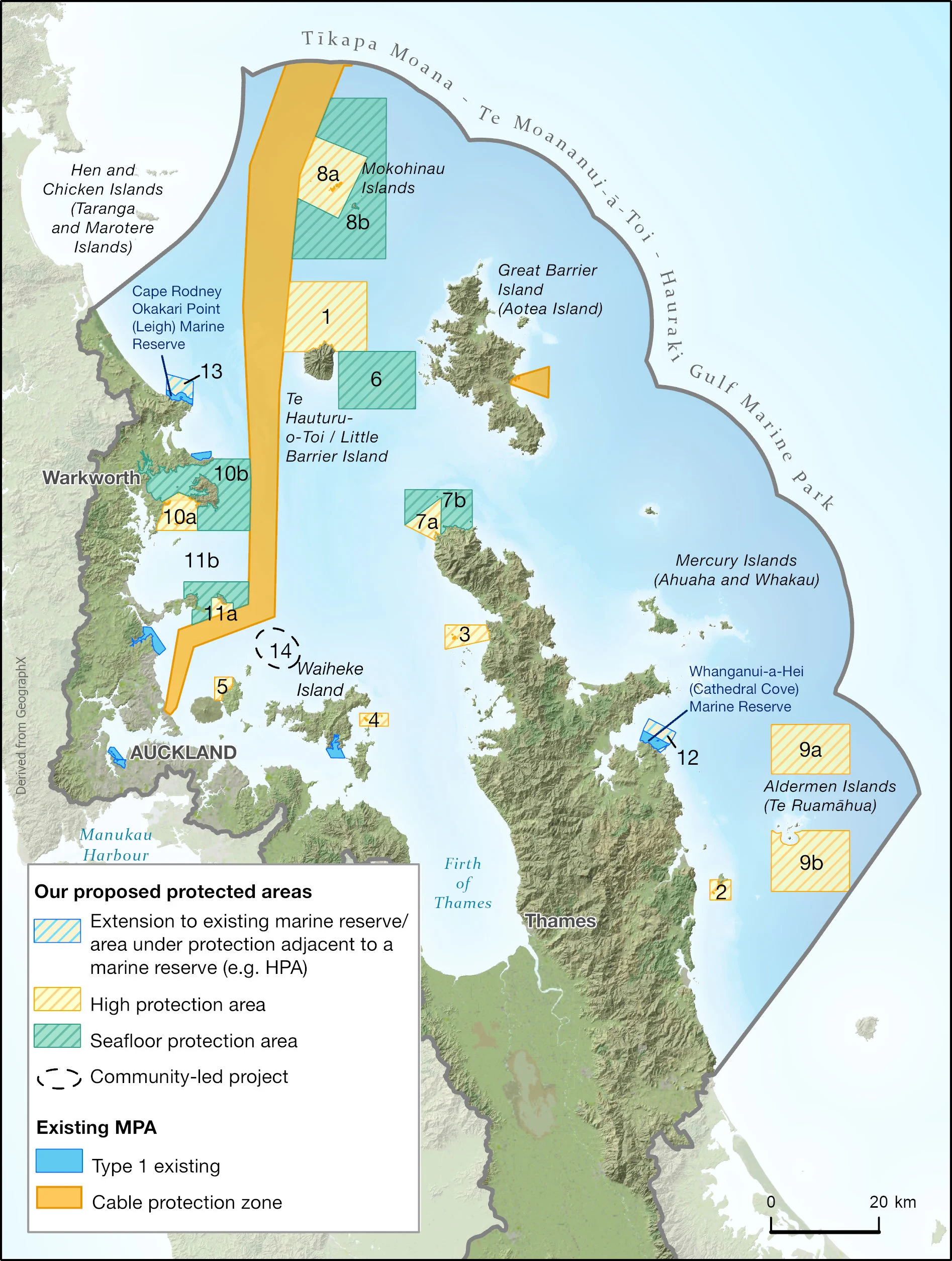 Customary fishing in High Protection Areas is unnecessary - under the proposed plan, over 80% of the Gulf will still allow customary and recreational fishing rights to be exercised - by all citizens.

The Government intends to extend marine protection over the next few years. According to Nicola MacDonald, Hauraki Gulf Forum co-chair and acting CEO of Ngāti Manuhiri Settlement Trust, this current 'Revitalising the Gulf' plan is an important first step towards the Forum’s ambition for at least 30 per cent marine protection.

Revitalising the Gulf includes a roadmap of actions across marine protection, fisheries management, aquaculture, active habitat restoration, marine biosecurity, protected species, research monitoring and reporting, and ahu moana (localised marine management by local communities and iwi). DOC and Fisheries NZ intend to implement these actions over the next three years and beyond.

The proposed new bill would not uphold equal rights

Equality before the law is an important part of our constitutional arrangements. It is also promised in Article 3 of Te Tiriti o Waitangi, which promises "ngā tikanga katoa rite tahi" - equal rights for all.

More recently, the United Nations has confirmed equality before the law as a fundamental human right. Therefore, it follows that all citizens should be provided with the same rights and responsibilities under our laws.

It is possible that iwi would gain a whole lot more respect if they joined all others who are forgoing their customary right to fish in marine protected areas.

Iwi plans to muscle in on policing of fisheries

In a prime example of hypocritical thinking, the Ngāti Manuhiri iwi has purchased three ex-Police boats to monitor fishers in the Gulf, citing concerns about overfishing. (This is one of the tribes that will benefit from the exclusive–to–iwi fishing grounds). "Our role will be to work alongside Fisheries, raise that awareness with good clear communication, but ensure to take only what you're allowed to because if you keep taking more, there's nothing left for everyone else”, said Ngāti Manuhiri acting chief executive Nicola McDonald.

Ngāti Manuhiri hopes they will become “deputised” officers or honorary fisheries officers, who have the power to search, question and seize.

Newshub: Auckland iwi worried about overfishing as they take on major project to protect Hauraki Gulf

Go back to the November 2022 newsletter