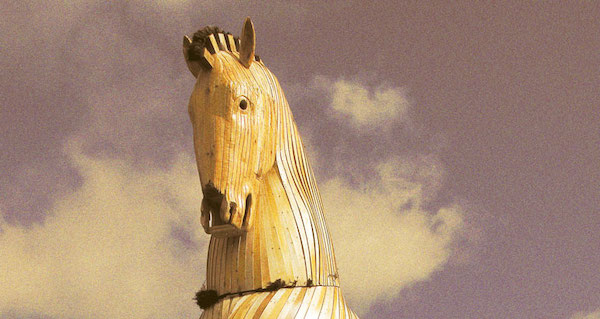 In another step in what the Government terms ‘partnership-based reform’ Local Government Minister Nanaia Mahuta last week released further information on plans to move the ownership and management of water infrastructure from local councils into the hands of four multi-regional water service entities across New Zealand. This information includes the proposed boundaries of the four water providers, and further details on the proposed water services entities - including governance arrangements, how they would be regulated, and the role of iwi. Nanaia Mahuta stated: “The Government will continue to work with the sector, iwi and industry on some of the details to give these transformational reforms the best chance of success. We will be making further announcements in the coming weeks, including a three waters reform support package for councils and their communities’’.

However, despite the claim by Minister Mahuta that the Government water reforms would build economic resilience and save ratepayers money, and that no council will be worse off as a result of it, a growing number of Councils appear to be far from convinced about several aspects of the water service delivery programme. As these reports only provided aggregated national-level data, they did not give enough Council-specific data to allow Councils to determine the effects on them or their ratepayers. This high degree of uncertainty about outcomes has hindered Councils’ ability to make informed decisions.

A report presented to the Whangarei District Council (WDC) on June 29 revealed that the Department of Internal Affairs has refused an Official Information Act request to provide WDC with specific information which shows that Whangarei ratepayers would be better off under the reform programme. The report states that “We know that the information must exist as WDC (and other Councils) disclosed the relevant data to WICS at DIA’s request. The DIA response is of concern as it does not seem to meet the ‘good faith’ obligations of the MoU, and the data was supplied to DIA’s agent (WICS) some months earlier.”

There is also disquiet round the country about the removal of local democratic control over water assets. Local Government Minister Nanaia Mahuta is proposing a programme of change which would erode the mechanisms whereby citizens hold decision-makers to account. The proposed entities would be able to impose huge costs without being accountable, even indirectly, to the communities who will pick up the bills.

"Aucklanders have invested heavily in building up Watercare's more than $10 billion worth of assets, with a further $11 billion invested in water infrastructure in our current 10-year Budget," he says. "Control over those assets, and our ability to ensure that Aucklanders' needs are put first, is undermined by the reform, which proposes that we could have less than 40 per cent of the council representation in the governance of the new entity. This is even though 92 percent of the assets of the new entity would come from Auckland, and Auckland would have approximately 90 percent of the population served by the new entity."

Similar concerns have been raised by the Whangārei District Council, which has voted to withdraw from the plan. The council has invested in water infrastructure and wants to protect its assets.

"We've got supply, we've got storage, we've got a treatment plant, a brand-new state-of-the-art treatment plan," Whangārei Mayor Sheryl Mai told Newshub. "We've got 1.5 million people in Auckland and 200,000 in the region, so how does our voice be heard?"

In a policy incompatible with democracy, iwi/Māori would be involved as partners in the new programme. This includes influence over the objectives, strategy, priorities and performance expectations of the proposed entities.

Please see below further information from the Department of Internal Affairs on the proposed water service entities, including a map highlighting the proposed boundaries of the four entities, and an economic impact assessment of the proposed reforms. 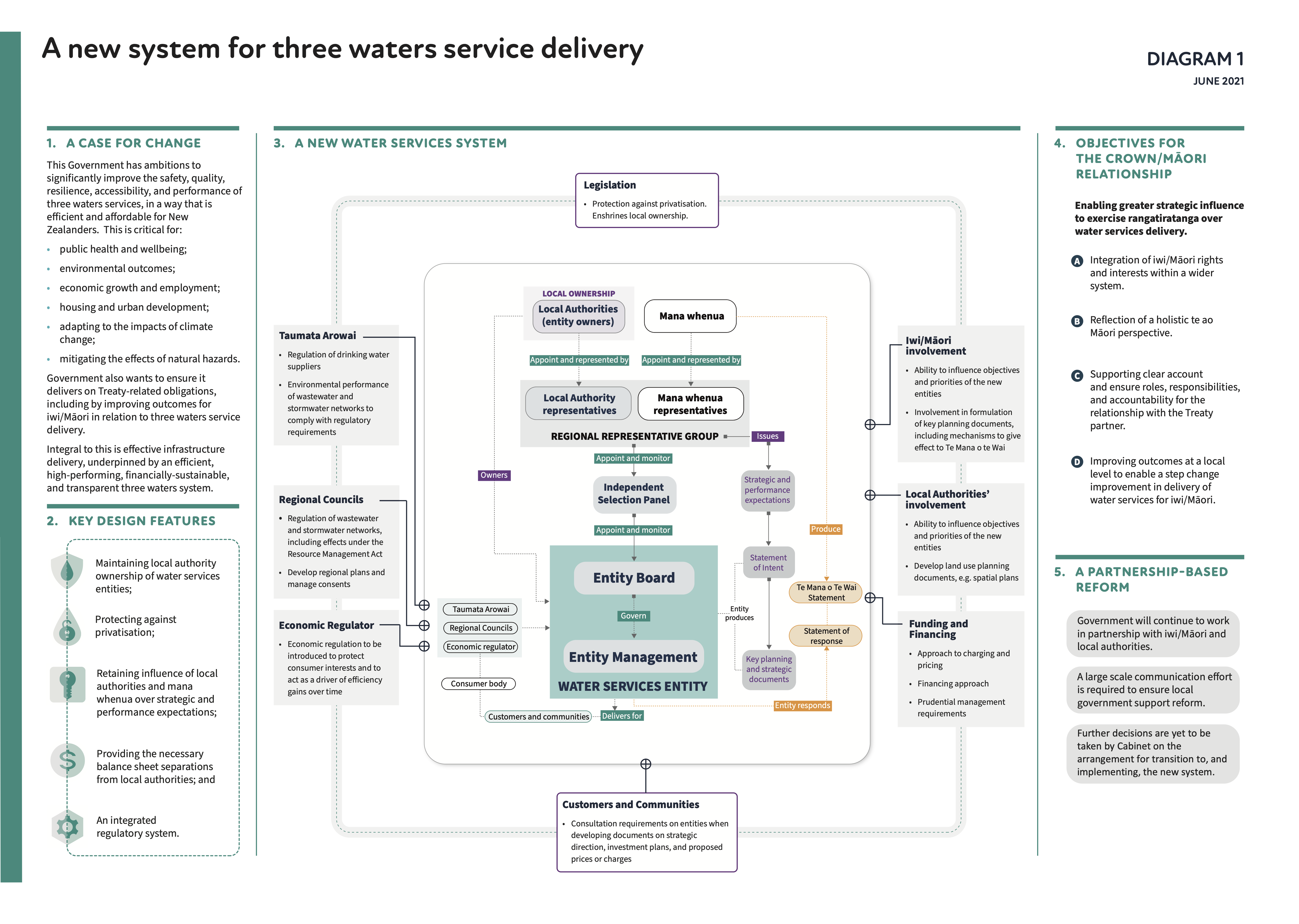 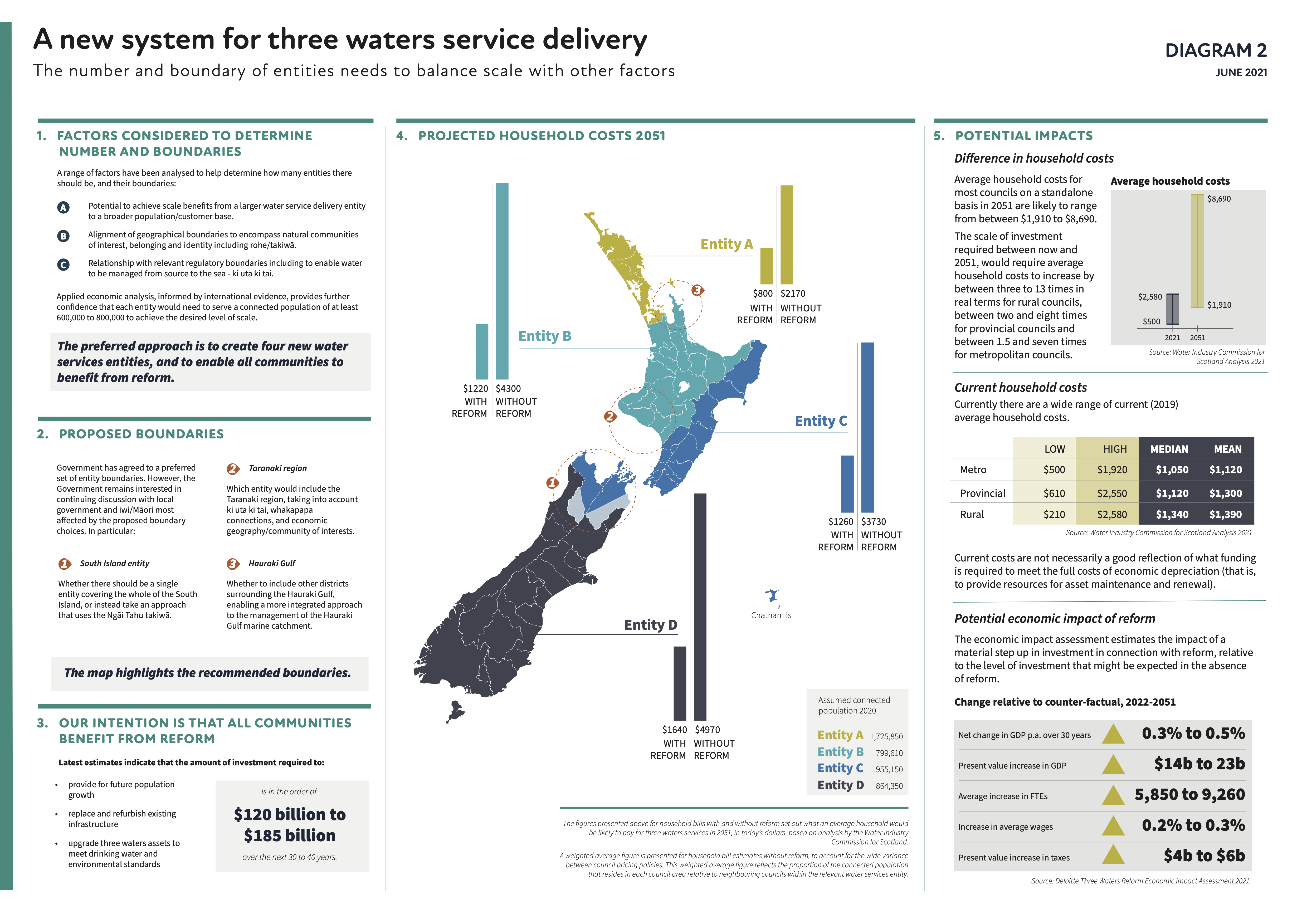 The Government claims that the reform programme is being progressed through a voluntary, partnership-based approach with the local government sector, alongside iwi/Māori as the Crown’s Treaty Partner. Councils have previously been told by both officials and Ministers that the process is voluntary. However, the Cabinet paper of 14 December 2020 hints that if the objectives of the reforms are at risk, the reform may be made compulsory. This suspicion has been further backed up when Minister Mahuta refused to deny this possibility when recently asked by National MP, Christopher Luxon.

Another ‘stick’ for Councils to consider when deciding whether to opt out is the hefty fines for breaching the duty to supply safe drinking water. See Clause 163 Water Services Bill. (N.B. this Bill is still at the select committee stage).

The Government is due to release a public consultation document on its proposals for the water service entities in mid-2021.

Go back to the July 2021 newsletter