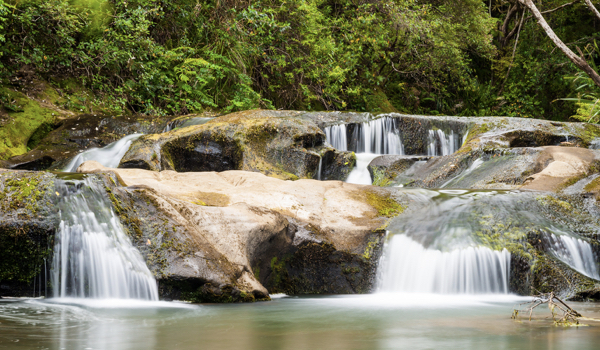 The Ministry for the Environment is proposing a raft of legislative and regulatory changes to clean up lakes and rivers within “a generation”.

Last month the Ministry released to the public their discussion document on our freshwater ‘Action for healthy waterways’. Proposals include changes to the Resource Management Act, updates to the National Policy Statement for Freshwater Management, updates to the National Environmental Standard for Sources of Human Drinking Water, and the introduction of new National Environmental Standards for Freshwater and Wastewater.

“We are consulting on a policy package to better look after our freshwater – our rivers, streams, lakes and wetlands. We are also inviting feedback on policies to protect our productive land, grow our cities to benefit people and the environment, and also better deal with harmful waste and chemicals”.

Feedback from a variety of groups ranges from criticism from Federated Farmers –"All we ask is for regulation that is based on science and evidence", to qualified support from Fish and Game NZ and Local Government NZ. Responses from these groups, and a summary of the consultation document, can be read at the interest.co.nz website, available by clicking HERE

Media coverage Stuff: Government to get tough on farming and councils by regulating for water

The document includes special provisions for the involvement of iwi and hapū in freshwater management, and identifying and reflecting tangata whenua values and interests:

“Iwi and hapū are involved in freshwater management, and tangata whenua values and interests are identified

and reflected in the management of, and decisions relating to waterbodies and freshwater ecosystems”.

“As part of the requirement to give effect to Te Mana o te Wai, regional councils must engage

with tangata whenua in the management of waterbodies and freshwater ecosystems”.

However, even this does not go far enough for some. A media release on behalf of Ngāi Tahu - Fresh Water Plan Lacks Treaty Partnership – is critical of what it calls the lack of acknowledgement by the Crown of its Treaty responsibilities.

“Our 1997 Ngāi Tahu Deed of Settlement is a legal contract with the Crown. It confirms our Treaty relationship and tino rangatiratanga. The current national body is not reflective of this partnership and was set up in opposition to direction from Ngāi Tahu. We will only speak directly with the Crown about solutions that work in our takiwa (region).

While Matthew Tukaki, the Executive Director of the New Zealand Maori Council, says that the plan is a good first step, he also adds that:

"The truth is we have a very long way to go when it comes to cleaning up our water ways, reform of the Resource Management Act and the interests of Maori both as stewards and owners of freshwater”.

Environment Minister David Parker reveals in an interview on Newshub Nation that the Government is going to move to on Maori water rights next, saying that Māori have rights and interests in water others don’t have.

In the meantime, one group of councils is not waiting for a directive from the Government but has already given iwi seats at the table for water management. Wellington Water, jointly owned by the Greater Wellington Regional Council, South Wairarapa District council, and the Lower Hutt, Porirua, Upper Hutt and Wellington city councils, is responsible for drinking, storm and waste water management in the region. The Water Committee comprises one representative from each of the six shareholder councils, and now also representatives from both Ngāti Toa and Taranaki Whānui.

RNZ: Iwi get seat at the table for water management

The good people of the Wellington region would have to hope this arrangement does not follow the example of the Hauraki Gulf Forum, which is made up of 15 council/government representatives and 6 tangata whenua members. Members of Democracy Action have been attending the Forum meetings for the past seven years and have come to the conclusion that the tangata whenua members, along with sycophantic fellow travellers who should be acting in the best interests of the wider community, have no intention of allowing the Forum to be a successful advocate for environmental protection. Time after time we have witnessed this group reject environment enhancing proposals. Instead they focus on pushing for a 50/50 co-governance arrangement over the Gulf. (See Democracy Action media release Feb 2017 HERE).

As the Ministry makes clear, ‘Action for healthy waterways’ is a discussion document, so please take this opportunity to have your say.

You can submit your feedback using one of the following options:

The official closing date for submissions is 17 October 2019 at 5pm. However, submissions will be accepted for a further two weeks beyond that date, until 31 October.

Reference material that may be of use when formulating your submission:

Besides making a submission, you could also sign the NZCPR Water Rights petition addressed to the Prime Minister, which states:

“As concerned citizens, we ask you to protect the common law status of water as a public good resource that cannot be owned, by rejecting all attempts by iwi to gain race-based water rights akin to ownership.”

And please call on others to sign as well.

Go back to the October 2019 newsletter