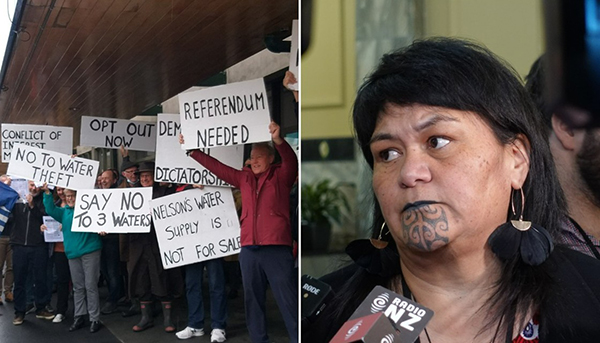 "A deceitful, lying pack of bastards," exclaimed Masterton councillor Tina Nixon on hearing that the government will force councils to hand control of their water assets to four mega water entities, despite the previous promise to Councils that they could choose to opt in or out of the proposed reform programme.

Further south, Christchurch city councillor James Gough said he was in “utter disbelief” at the decision, which he described as “abhorrent on every level”. He said it was “a dark day for democracy in New Zealand”.

Even Stuff has joined the chorus condemning this dictatorial action by the government, commenting in a recent editorial:

"Opposition parties, and more than a few local bodies, will portray this as a jackbooted disregard for democratic accountability and an unconscionable seizure of assets that had been built up by generations of ratepayers," it said.

It has become patently obvious the government had no intention of listening to councils - that the six week “consultation” process with local authorities was a complete sham. The Cabinet paper Three Waters Reforms: Further Decisions, seeking agreement to proceed with a legislated 'all in' approach to reform, was signed off on the 18th of October. On Friday the 22nd of October, four days later, the summary of the submissions from local government were completed and sent to the minister’s office. Therefore, the Cabinet papers were written well before the summary of submissions from local government had been completed.

“We approached this review in good faith and hoped the Government would show similar good faith and respect the decision of the majority of councils to opt-out of the reform”.

What is happening next

Over the next three years, three bills will be introduced to Parliament establishing how the entities will operate. The first one, the Water Services Entities Bill, will be introduced in December, and be passed next year. Work is underway to establish a working group of local government, iwi, and water industry experts to work through elements of entity design.

The only time the public will be invited by the government to have a say will be during the select committee process starting early 2022. 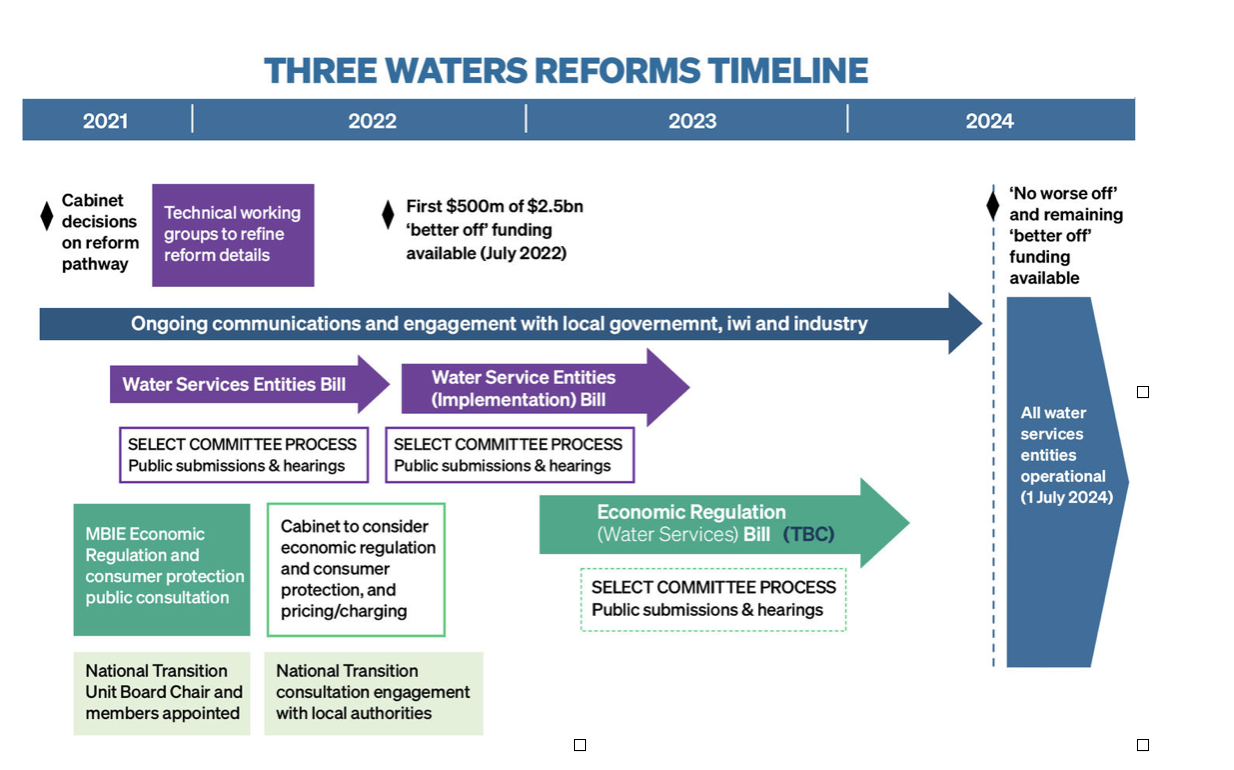 We at Democracy Action believe the plan to hand over control of our water to four mega entities is fundamentally flawed. For instance, under the government’s proposed model, the undemocratic governance structure, and the question of the ownership of the water assets are both highly contentious policies. Nor has Mahuta ruled out the introduction of water royalties.

Some water reform is needed, but there are other ways to do it.

Join us to fight this! We believe we can still win, but the only way we are going to do so is through sheer “people power.” It is time to stand up, speak out.

Democracy Action has joined with other groups to fight this terrible plan.  We are planning further action over the coming months.

To help, you can:

Graham Adams: The government is stumbling towards disaster over Three Waters

Stuff: Water reforms a 'must have' for sector, but councils furious at loss of control