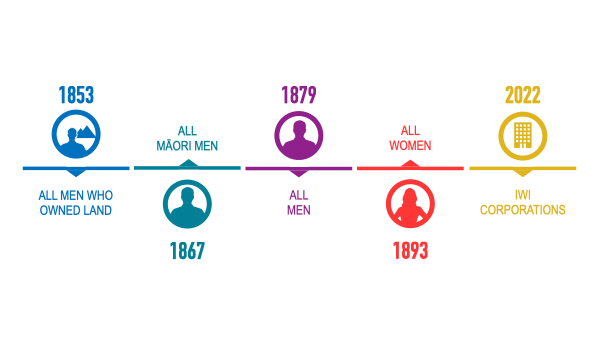 Oral submissions on the bill to entrench Ngāi Tahu seats on Environment Canterbury were heard by the Māori Affairs Committee last week – and those who watched the proceedings report that there were considerably more presentations in opposition than those in support.

Most of those speaking in opposition highlighted the undemocratic nature of the bill. But it appears such claims do not phase Ngāi Tahu. In a Stuff media report last month, when it was pointed out to Liz Brown, speaking for Ngāi Tahu, that it was not democratic to legislate tribal representation for local governance, and that mana whenua could be elected via the usual process, she argued that this is a problem. She explained that if a Ngāi Tahu person is elected to the council they become a representative of their constituency – not of the tribe – meaning that person has to be partial to the views of the populous they represent.

Ms Brown also commented about the appointment process, which would involve advertising the positions to the membership of the relevant Papatipu Rūnanga, taking applications and conducting interviews with a panel of leaders from four of those rūnanga.

“I would also like to question, why does our system have to look exactly the same as their system? Tino rangatiratanga looks like us being able to determine that for ourselves,” Brown said.

Under this Government, those pushing for a dual governed New Zealand have become increasingly emboldened. No longer is the end game hidden. This was revealed in the oral submission made to the committee by Ms Brown on behalf of Ngāi Tahu. The Chair of the Committee, Tamati Coffey, asked Ms Brown why Ngāi Tahu were only seeking two positions on the council and not more. Coffey asked, “Why didn’t you go, was there any consideration about flipping the coin and actually going for partnership, going for 50/50 or something a bit bolder than just two positions at the table”.

Ms Brown replied that this is their aspiration in the future and see this bill as a first step, saying this is a model to take it even further in a few years’ time,

You can read more about this submission on the MP for Southland Joseph Mooney’s Facebook page HERE.

The Democracy Action submission was one of 1700 written submissions received by the Government. You can see a video recording of our oral submission HERE.

May 05, 2019
On April 15, some of us attended the Maori Affairs Select Committee hearing in Auckland to support those presenting oral submissions in opposition to the Electoral (Entrenchment of Māori Seats) Amendment Bill. While more of the submitters at the hearing in Auckland spoke in favour of the bill than against, we were heartened to hear from Dan Bidois afterwards, (Dan is one of the National MPs on the committee), that the majority of the written submissions opposed entrenchment. Continue reading

May 05, 2019
National List MP Jo Hayes, a member of the Maori Affairs Select Committee hearing submissions on the entrenchment of Maori seats, is pushing for National candidates to stand in the Māori seats. "Māori need special treatment because colonisation actually occurred for them, now we are seeing the results of that and it needs to be fixed," said Hayes. Continue reading

Mar 04, 2019
The latest news, via Parliamentary Order Papers, is that the bill has been postponed until further notice. Canterbury local, John Bell, who is spearheading the public campaign against the bill, is asking everyone to write to National MPs urging them to ensure that the Bill is defeated at a First Reading. The more letters to that effect as possible, the better. A First Reading defeat would save us the trouble of flooding a Select Committee with submissions. Continue reading