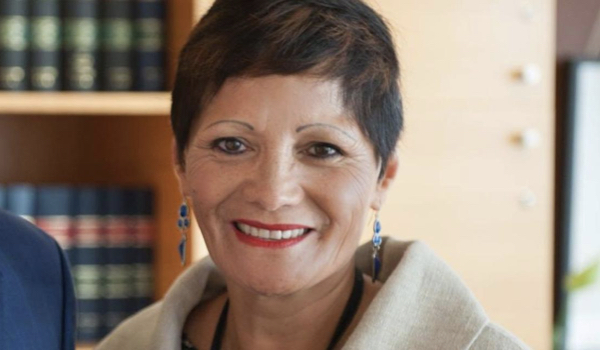 National List MP Jo Hayes, a member of the Maori Affairs Select Committee hearing submissions on the entrenchment of Maori seats, is pushing for National candidates to stand in the Māori seats.

"Māori need special treatment because colonisation actually occurred for them, now we are seeing the results of that and it needs to be fixed," said Hayes.

"The only way we can fix that is targets, certain types of funding. So key areas to lift outcomes in education and health. So we can foot it alongside non-Māori who get everything. So we can have equal standing." (Emphasis added)

Ms Hayes will have a lot of trouble convincing other New Zealanders of the merits of her argument. For instance, in 2017 Chapman Tripp estimated the Māori economy to be worth over $50 billon. The Ministry of Foreign Affairs and Trade also revealed that this includes the ownership of a significant proportion of assets in the primary sectors: 50% of the fishing quota, 40% of forestry, 30% in lamb production, 30% in sheep and beef production, 10% in dairy production and 10% in kiwifruit production.

Ref: The Maori Economy, a paper produced by the Ministry of Foreign Affairs and Trade (2018).

Senior National Party MP Judith Collins has come out in support of Ms Hayes. She too wants to see the party drop its objection to running candidates in Māori seats, as does former Māori vice president of the National Party, Sir Harawira Gardiner.

While some are campaigning for the entrenchment of the Maori seats, many other New Zealanders believe they should be abolished altogether. Canterbury University law lecturer Professor Phillip A. Joseph writes in an essay on why the Maori seats should go - available at NZCPR by clicking HERE

‘This essay has depicted the Maori seats as a form of reverse discrimination and a symbol of racial separatism. The principle of equality is axiomatic to the rule of law and is a fundamental civil right, “in a substantial sense the most fundamental of the rights of man”. No ethnic group other than Maori is guaranteed separate parliamentary representation. The separate seats inflate Maori parliamentary representation (19 percent of the parliamentary seats) relative to the national Maori population (14 percent of the New Zealand population).’ Philip A. Joseph, New Zealand Business Roundtable, 2008

For further reading on the issue, see also ‘The truth about the Maori Seats’ by Jeremy Sparrow

The Susan Guthrie speech presented in 2014 to a public forum on whether New Plymouth should have separate Maori wards, explains the dangers of institutionalising separate political representation. Ms Guthrie said:

“In my view it is impossible to show convincingly that the Treaty supports Maori aspirations to have unique political rights, that New Zealand should move away from democracy”.

May 05, 2019
On April 15, some of us attended the Maori Affairs Select Committee hearing in Auckland to support those presenting oral submissions in opposition to the Electoral (Entrenchment of Māori Seats) Amendment Bill. While more of the submitters at the hearing in Auckland spoke in favour of the bill than against, we were heartened to hear from Dan Bidois afterwards, (Dan is one of the National MPs on the committee), that the majority of the written submissions opposed entrenchment. Continue reading

Aug 03, 2019
Waikato District Council has unanimously given support for Māori representation on its principle Council Committees after the October 2019 local government elections. Mayor Allan Sanson said that the Waikato District Council – Waikato Tainui Joint Management Agreement (JMA) committee had made this a priority, saying the move has been "a long time coming". Continue reading

Oct 05, 2018
A bill seeking to entrench the Māori seats into New Zealand electoral law – requiring a 75 per cent majority of Parliament to get rid of them - has passed its first reading in Parliament with the support of New Zealand First. See news report HERE. Continue reading

Dec 03, 2018
Submissions close on December 14th. Te Tai Tonga MP Rino Tirikātene, the sponsor of the bill, wants to make it more difficult to abolish the Maori seats by ensuring any changes will need the support of 75 percent of MPs rather than the current simple majority. He is actively appealing to Maori through the Maori media to make their views known, see HERE and HERE (Radio Waatea). Continue reading