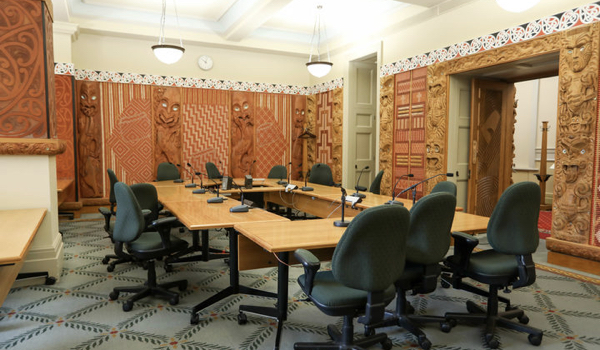 On April 15, some of us attended the Maori Affairs Select Committee hearing in Auckland to support those presenting oral submissions in opposition to the Electoral (Entrenchment of Māori Seats) Amendment Bill. While more of the submitters at the hearing in Auckland spoke in favour of the bill than against, we were heartened to hear from Dan Bidois afterwards, (Dan is one of the National MPs on the committee), that the majority of the written submissions opposed entrenchment.

This was good news, as the submissions had not been made available on the Maori Affairs Committee website until just this week, and this did not come about until after repeated phone calls of complaint over the last few weeks. They can now be read HERE.

It was promised at the hearing we attended that recordings of the oral submissions would be available to view online. We are still waiting!

Lee Short, (DA chair) has made the written version of his oral submission available below.

Call to action: The working group suggest everyone contact both National and NZ First leaders and MPs, urging them to oppose the bill at the second reading. This has become especially important after learning recently that Jo Hayes (National list MP) has admitted there is an internal battle happening over what National will do about the Māori vote, with some in the party wanting to reverse its policy of not standing candidates in the Māori seats. Therefore, it appears there are some within National who may well be in support their retention, (and maybe even entrenchment?)

May 05, 2019
National List MP Jo Hayes, a member of the Maori Affairs Select Committee hearing submissions on the entrenchment of Maori seats, is pushing for National candidates to stand in the Māori seats. "Māori need special treatment because colonisation actually occurred for them, now we are seeing the results of that and it needs to be fixed," said Hayes. Continue reading

Aug 03, 2019
Waikato District Council has unanimously given support for Māori representation on its principle Council Committees after the October 2019 local government elections. Mayor Allan Sanson said that the Waikato District Council – Waikato Tainui Joint Management Agreement (JMA) committee had made this a priority, saying the move has been "a long time coming". Continue reading

Oct 05, 2018
A bill seeking to entrench the Māori seats into New Zealand electoral law – requiring a 75 per cent majority of Parliament to get rid of them - has passed its first reading in Parliament with the support of New Zealand First. See news report HERE. Continue reading

Dec 03, 2018
Submissions close on December 14th. Te Tai Tonga MP Rino Tirikātene, the sponsor of the bill, wants to make it more difficult to abolish the Maori seats by ensuring any changes will need the support of 75 percent of MPs rather than the current simple majority. He is actively appealing to Maori through the Maori media to make their views known, see HERE and HERE (Radio Waatea). Continue reading