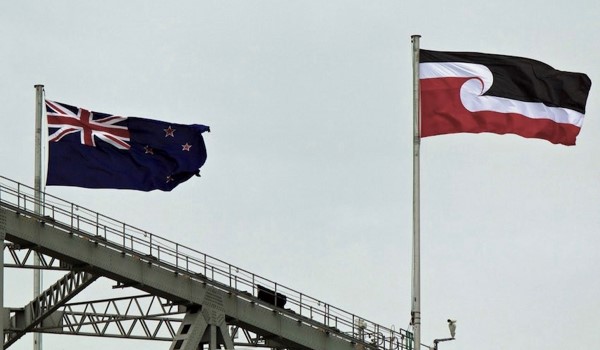 A letter to the New Zealand Productivity Commission from the Auckland Council Mana Whenua Kaitiaki Forum (a collective of the 19 hapū and iwi authorities), dated 22 August 2019, reveals an agenda that turns democracy on its head.

The letter talks of an “emerging tripartite governance” – over land and water, comprising central government, local government, and mana whenua.

The Forum asks that the Productivity Commission undertake more detailed analysis of local government funding pressures as these relate to the emerging nexus between mana whenua authorities, central government and local government. “This means land development decisions and environmental quality decisions will inevitably require engagement by the three parties jointly”.

“The implications of this need much further study. In particular, a sound, long-term financing arrangement needs to be agreed which recognises that, while local and central government have revenue sources, iwi have no similar revenue source”.

The letter goes on to say:

“The anticipated Kaipara Harbour Treaty settlement is developing as a harbour and catchment-based arrangement between local government and iwi. The inclusion of the harbour’s catchment means 6,000km2 of area and four local government entities are engaged. If this approach is followed in the Manukau Harbour, Waitemata Harbour and Hauraki Gulf, then almost all the Auckland region will be under shared governance arrangements between iwi and local government. This process will repeat across other parts of Aotearoa with other harbour and river settlements”.

Additionally, the Forum asks the commission to investigate the proposition that Māori land should not be subject to government or local government charges or fees in the process of development nor to rates, and seeks the evidence and incentive arrangement to indicate councils will raise enough money to meet the requirements of their iwi partners as the tripartite governance model emerges.

Please read the letter for a full understanding of what is being sought by the Kaitiaki Forum.