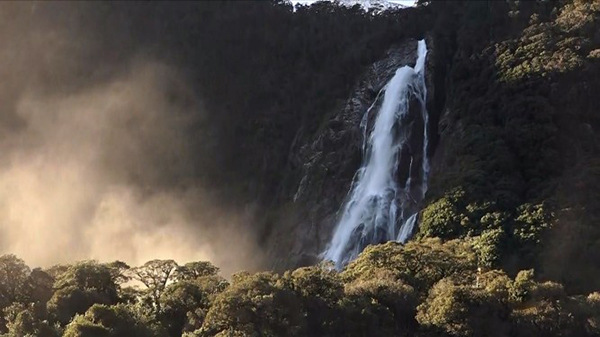 They believe the Board’s independence and integrity have been compromised; that the Board has begun to act outside the framework of conservation legislation; and they are being prevented from fulfilling their duties under the Conservation Act 1987.

This follows the resignation from the board last December of the former board chair, Keith Morfett. The resignation letter from Perkins, Hills, and Silverwood said Morfett was asked by Sage, the previous Minister, and an unnamed senior DOC staffer, to resign “to help ease tensions with Ngāi Tahu”. Dr Morfett hasn’t spoken publicly about this until now but is doing so because of the recent ructions. He reveals he stepped down because of what he describes as intolerable pressure from Ngāi Tahu. He has said that DOC has stopped listening to conservation and recreation groups and is just listening to iwi. “There’s an inappropriate relationship between Poutini Ngāi Tahu and the Department of Conservation on the West Coast”, Morfett says. “The department is stepping outside its legislation - enabling economic development to the detriment of conservation”.

“It’s terrible – it really has led us into a pretty dark place,” says Morfett. “……..the power is with the department and with Poutini Ngāi Tahu. The board has been bullied and bulldozed”.

That Ngāi Tahu members on the Board are prioritising iwi commercial aspirations at the expense of conservation values is in direct contradiction of the Conservation Act 1987 - the Act that created the board and by which the board is bound to abide by.

In their joint resignation letter (below) the now former Board members Inger Perkins, Neil Silverwood, and Suzanne Hills state that fellow board members, appointed by Ngāi Tahu, “advocate almost exclusively for Ngāi Tahu business and cultural interests, regardless of conservation considerations” and “the relationship between DOC and Ngāi Tahu in the Western South Island has become almost exclusively focused on economic considerations and is more akin to a business partnership than a conservation one.”

It is no secret that Ngāi Tahu has interests in commercial activities involving gold mining, coal mining, forestry, hydro-electric power and tourism. However, what is less well-known is the extent that these commercial interests have played a role in the decisions of the Board. That is partly because the Ngāi Tahu members have consistently refused to declare any conflicts of interest, instead appearing to consider themselves exempt from this requirement. The resigning board members were concerned that Ngāi Tahu Board members were excusing this conflict by saying that the Board need not be bound by the Conservation Act because it is “outdated”, “not fit for purpose” and thus “irrelevant”. This has led to, in the words of the resigning members, a situation where “commercial aspirations of Ngai Tahu have played a role in board decisions…”.

Examples of commercial relationships include:

After meeting with the Minister of Conservation Kiritapu Allan last December, Neil Silverwood said what the minister had to say had "disturbing implications" for national parks and wilderness areas, saying she was set to put iwi economic development ahead of conservation.

"We told her there was confusion over Section 4 of the Conservation Act, which says we must give effect to the principles of the Treaty of Waitangi and what that means in terms of who has the ultimate say over land use in the parks, for instance”.

Silverwood said Allan told the board there was nothing confusing about that part of the Act. The minister said it was extremely clear. We have to put the economic aspirations of iwi first when we consider how land is managed.

"So, she's basically putting Section 4 ahead of everything else in the Act that sets out to protect public conservation land”.

Go back to the September 2021 newsletter

Jun 07, 2022
Following hard on the heels of calls for submissions on “Streamlining the stewardship land reclassification process”, which closed on March 18, DOC has announced the commencement of a 40 day consultation period allowing for public input into proposed reclassifications of 504 parcels of stewardship land on the West Coast of the South Island. The consultation period runs until 26 July 2022. Continue reading

Dec 07, 2021
The key function of the Department of Conservation is to ensure that public conservation land is appropriately managed, protected and preserved for New Zealanders - now and in the future. However, there appears to be a shift in priorities at the Department to accommodate the Treaty “partnership” ideology. Continue reading