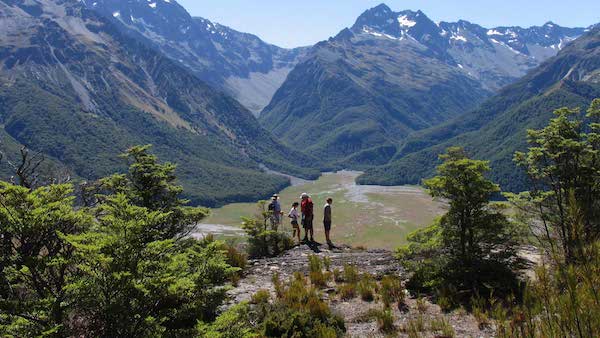 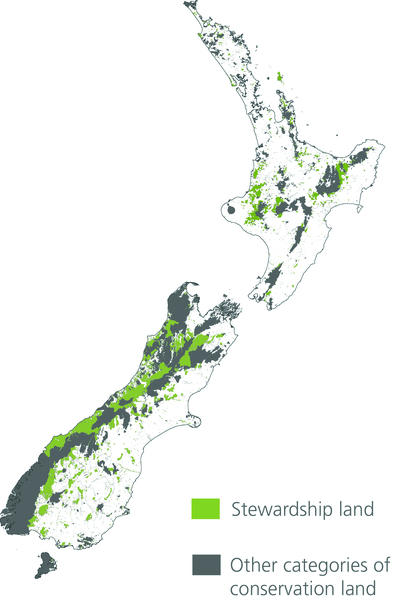 The Government is considering legislative changes in order to fast-track the review of 2.5 million hectares of Crown-owned land known as “stewardship land.” That is around nine per cent of New Zealand’s total land area! The proposed process is set to reduce public scrutiny, and favour those with vested interests. You have until Friday 18 March to have your say.

Made up of over 3,000 parcels, the stewardship land is part of the Department of Conservation (DoC) estate, but its conservation value is unknown. The Government has announced a package of measures to improve the process for the reclassification of this land.

There are two possible outcomes for an area under consideration - reclassification under the Conservation, Reserve or National Parks Acts, or if the land is identified as having low or no conservation value, to be “disposed of”.

As part of the legislative review, they are seeking feedback on options relating to:

First up is a two-year programme to reclassify 1 million hectares in the South Island.

But not without Ngāi Tahu at the top table!

While stating Ngāi Tahu environmental values must be protected and enhanced, Lisa Tumahai, chair of TRoNT, maintains the reclassification process will also determine whether some land can be made available for other purposes. Ngāi Tahu panellist Francois Tumahai is quoted in a Newsroom report: “The mana whenua panel works alongside the two national panels to share traditional mātauranga Māori of the whenua within the Ngāi Tahu takiwā, as well as information on mahinga kai, cultural interests, development opportunities, and our future aspirations to use the whenua.”

Now that Ngāi Tahu is in a position to directly influence the outcome of the reclassification process no doubt they will be casting covetous eyes over the land up for review.

Ngāi Tahu has a Right of First Refusal to purchase all “surplus” Crown land in the majority of the South Island. Being closely involved in the reclassification process, as well as having priority over land classified for disposal, brings into play the likelihood of serious conflict of interest issues to arise. This illustrates a common problem with co-governance and similar arrangements. Unlike the country's formal rules-based system where there is a clear distinction between political and private economic spheres, iwi political and economic structures are interlinked.

The plan is to finish this huge undertaking within the next five years. The Government claims the national panels will not be making the final decision - that duty lies with the Minister of Conservation. However, with the sheer volume of recommendations passing across her desk, there will not be enough time for proper scrutiny by the Minister. This would likely be more of a rubber-stamping exercise than truly a decision-making one.

It is important we protect our conservation estate for future generations. Don't miss this chance to let the Government know that we want do not want to see our conservation land privatised. Have your say - you have until 18 March 2022.

Send your submission to [email protected] with the subject line: Streamlining the stewardship land reclassification process

Suggested points you could make in your submission:

Include in your submission:

DoC have prepared a form with prompt questions to help you submit your response. Once completed, this can be sent to via email or printed and posted. See: Streamlining the stewardship land reclassification process

Dec 07, 2021
The key function of the Department of Conservation is to ensure that public conservation land is appropriately managed, protected and preserved for New Zealanders - now and in the future. However, there appears to be a shift in priorities at the Department to accommodate the Treaty “partnership” ideology. Continue reading