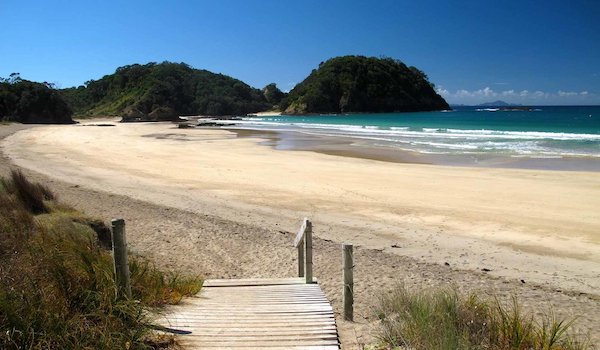 The High Court’s initial ‘priority’ claim under the Marine and Coastal Area Act is for a stretch of coastline in the southern Hawke’s Bay from Whangaehu to Cape Turnagain - see CIV-2011-485-789 here >https://www.nzcpr.com/marine-and-coastal-area-act-claim-ap…/

The outcome of this first, precedent-setting High Court case will be CRUCIAL. If there is little opposition, and the claimants are successful, then the rest of our coastline will be under threat. NZCPR is running a campaign against the claims, and would urgently like to hear from anyone who has a good knowledge of the claimed area. If you, or anyone you know is familiar with the coastline, please email: [email protected]

Auckland Council have confirmed that 34 claims for customary marine title and/or protected customary rights have been lodged for the coastline of Auckland City, and that the Council has registered as an interested party in each of them. It is noted in correspondence received from James Stephens, (a senior advisor at the council’s democracy services unit), that the council is neither opposing nor supporting the applications. James Stephens recently wrote:

“I also wish to clarify that Auckland Council lodged notices of intention to appear as an interested person under section 104 of the Act, neither opposing nor supporting the applications”.

This suggests the Council may not act as a defender of the public interest. We have requested clarification from the council as to what their intentions are in relation to the claims and are awaiting a reply from the Legal Services team at Auckland Council.

Similarly, we contacted the Attorney General to ask for clarification of his role in the cases before the High Court. We are still awaiting a reply.

The list of applications to the High Court under the Marine and Coastal Area (Takutai Moana) Act relating to the Auckland region is available HERE.

Questioning Auckland councillors, it appears they are unaware of the extent of the claims to the coast. This could be indicative of other areas too. Please bring this issue your councillors’ attention. Additionally, for those who live in the Auckland region, add the request that there is reason to believe that Paul Beverley from Buddle-Findlay, who has been engaged by Auckland Council to act of its behalf, is not the best person to look after the public interest. (For a list of reasons why, please see the September or October issue of the Democracy Action newsletter).

If you missed Justice Collins minute, which addresses issues arising from the 10 case management conferences held between 28 May and 27 June 2018, it is available HERE.