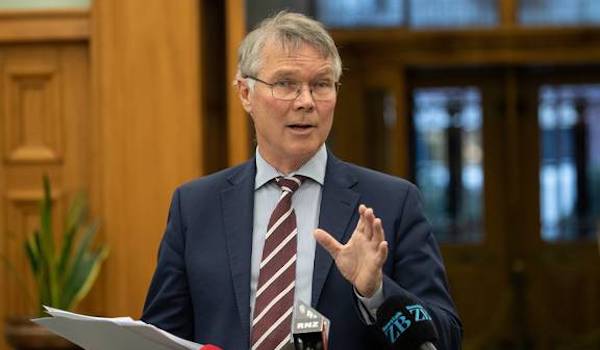 Justice Churchman’s decision elevated the status of Maori “tikanga” above the common law tests in the Marine and Coastal Area Act. This means that unless the judgement is overturned, it is likely to have a significant impact not only on the claims process, but on New Zealand’s legal system as well.

If this judgement is allowed to stand, it is likely that hundreds of claims for customary marine title – involving most if not all the coastline – will succeed.

The Crown considered lodging an appeal against this decision, but has decided not to. Instead, the Attorney-General has applied to appear as an intervenor to assist the court. Any expectation that the government would act in the interests of the rest of New Zealand have been dashed.

Lodging an appeal has been left up to a self-funded private group to act in the public interest.

The MACA legislation was designed to limit the customary title claims to just a few remote areas of the foreshore and seabed – no more than 10 percent the public were assured at the time – where customary rights were thought to still exist. But under Judge Churchman’s interpretation of the law, there is a high likelihood that most, if not all of the coast would end up under iwi control. This ruling will also have a profound effect on the outcome of the claims to be negotiated by the Government, a process which the Minister for Treaty Negotiations recently announced would begin in the coming months.

For an analysis of Justice Churchman’s ruling, see A Bombshell Ruling by Muriel Newman

The perils of introducing tikanga into our legal system are summarised by Dr John Robinson in his commentary Tikanga in law: what does it mean?

For an in-depth understanding of tikanga in the legal system, we recommend John’s book DIVIDING A NATION, THE RETURN TO TIKANGA. We have 3 copies to give away, or you can order from Tross Publishing.

The Government to further incentivise the claims process

While a private group is scrambling to raise the funds to appeal this decision, which is estimated to cost at least $200,000, the Government recently announced it will put even more resources into iwi and hapū customary marine and coastal claims. This follows a Waitangi Tribunal recommendation that the Marine and Coastal Area (Takutai Moana) Act is in breach of the Treaty because it had not funded all costs incurred by whānau, hapū and iwi going through the process. This is despite the Government already providing substantial funding to claimant groups - up to $412,000 per application.

NZCPR has launched a fighting fund to cover the cost of the appeal lodged by The Landowners’ Coalition.  If you would like to help cover the costs, please visit the Coastal Claims Fighting Fund fundraiser page by clicking HERE.

The Hobson’s Pledge sponsored petition "Restore NZ beaches to Public Ownership" now has nearly 38,000 supporters. If you have not already done so, we urge you to add your name. Then forward on to all your contacts. You can read more and sign the petition by clicking HERE.

Go back to the July 2021 newsletter