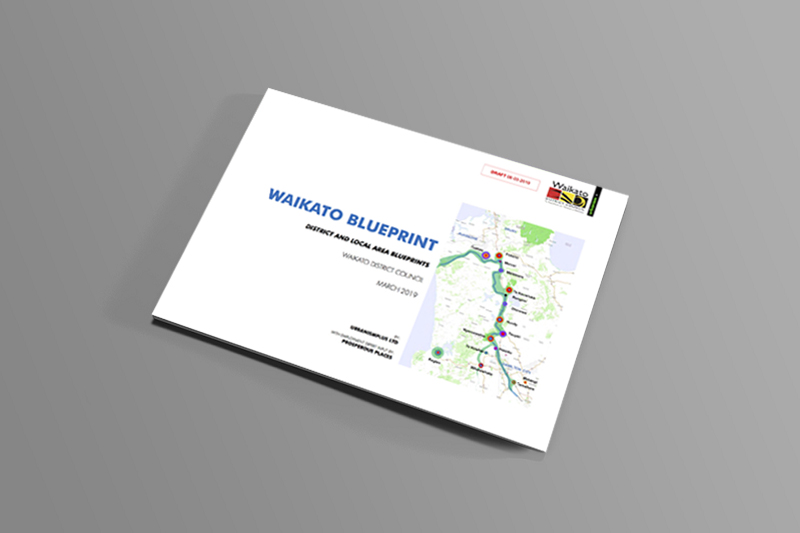 It appears every act of special entitlement is simply used as a stepping stone to further power. We see an example of this in the Waikato District Council’s Blueprint project, with its pitch to build on the Joint Management Agreements and other agreements with iwi, and the proposal to appoint a ‘Maori Partnership Manager’ “to sit with the CE group, which will, appropriately, facilitate a “chief to chief” relationship” – with the assistance of an operational support person. There are only a few days left to have provide feedback. Go online to have your say by 5pm Monday 8 April.

The Waikato District Council covers a large proportion of the Waikato region, bordering Auckland in the North, and the Hamilton, Waipa and Otorohonga Councils in the south; and from the west coast to Hauraki and Matamata-Piako Councils in the east. Below is a map showing the extent of the area.

The Blueprint is to provide a high-level ‘spatial picture’ of how the district could progress over the next 30 years. As the introduction says, it will provide the Waikato District Council with an effective and legible tool to move from vision to strategy, and from strategy to action by setting out specific, prioritised initiatives at the district and local level.

The plan proposes a comprehensive list of exciting initiatives with themes such as nature, communities, growth, economy, transport, and infrastructure. But it also singles out iwi as a separate category, proposing a further ratcheting up of special rights. The Iwi section includes a proposal to build on the agreements with iwi. From page 21 –

“The Joint Management Agreements (JMA) and other relationship agreements

It is proposed that the JMAs and other relationship agreements be used more effectively. The following should be considered in this regard:

Such proposals would create a shift in the balance of power between iwi and the council in relation to the agreements.

It is proposed that the above propositions be supported by the creation of new staff positions. The following should be considered in this regard:

It would be very interesting to see the job description for the Maori Partnership Manager, especially as it is proposed this position is to be assisted by an operations manager tasked with engaging with iwi.

There are only a few days left to have provide feedback. Go online to have your say at www.waikatodistrict.govt.nz/blueprints by 5pm Monday 8 April.

You can read the Blueprint HERE

The essence of democratic government is that the widest range of people have their share of influence and an equal chance of being heard.

The Greater Wellington Regional Council is eschewing this common wisdom, surely the back bone of democracy. In 2013 the council signed a Memorandum of Partnership with tangata whenua, which operates concurrently at governance, executive and operational levels.

The Memorandum of Partnership includes shared decision-making, a right claimed to be supported by the principles of the Treaty of Waitangi. (See Appendix 1 for an interpretation of the principles, as agreed upon by the Greater Wellington Regional Council and the region’s iwi leaders, and Appendix 3 on page 15 for a graphic illustration of the shared governance model).

In a recent response to questions asked by Bob Edlin, as reported in the Point of Order article:

Some light is thrown (but not much) on biodiversity working group’s line of accountability, the Greater Wellington Regional Council (GW) says it has had a strong and evolving relationship with its mana whenua partners for the past 25 years.

Within this relationship GW has committed to proactively partnering with mana whenua in areas of mutual interest. This often requires innovative approaches that reflect co-management principles as the relationship continues to evolve”.

New principles may emerge at any time – but will you be consulted?

The Memorandum of Partnership states:

“The parties recognise that understanding of the principles of the Treaty of Waitangi is a developing area and new principles may emerge as the meaning and intent of the Treaty is further defined.”

“The Council and tangata whenua may, with mutual agreement, decide to develop and adopt further principles.”

In the project, GW has committed to a mana whenua partnership approach to leading the non-statutory working group that is being established to carry out the project”.

A project currently being developed by GW “in partnership with their mana whenua partners” is the Wellington Regional Biodiversity Framework, (WRBF) which will be shaped by a “mātauranga Māori worldview”. This project is to be driven by the Collaborative Working Group, independently co-chaired in partnership with mana whenua. The group will include three Maori members who will cast TWO votes each when it comes to electing the co-chairs. Maori members will get to vote for their own co-chair and then get to vote for the other co-chair – but the other 12 or so members will get to vote for only one co-chair. Each of these members are required to have an understanding of, and be open to, the principles of the Treaty of Waitangi. (p.6 The Wellington Regional Biodiversity Framework project).

As Bob Edlin writes on the Point of Order blogpost:

‘All votes are equal on this regional council working group – but some are more equal than others’,

“the Greater Wellington Regional Council has been infected by the same urge to foster co-governance that has swept through the country’s local authorities in recent years.”

Relationship Agreements and Memoranda of Understanding are now in common use across councils nationwide, but…

How did we get to this point?

Māori / local government engagement began in earnest with the reform of local government in 1989 and the passage of the Resource Management Act 1991. But in more recent times these agreements have tended to move beyond the relationship type agreement/MoU and into firmer commitments relating to specific statutory processes and decision-making. Understandably, this has resulted in problems for councils, and councillors. During a presentation to the inaugural ‘Working with Iwi Conference’ in 2011, Dr Mike Reid, Principal Policy Advisor, Local Government New Zealand, said:

“The legislative requirements that require councils to develop specific mechanisms for engaging with tangata whenua or Māori, and which sit on top of more “generic” requirements to consult and engage with citizens, place local authorities between a rock and a hard place. They are required to balance the views of their citizens (which will also include Māori citizens acting in accordance with their Article Three rights) with the views of mandated tangata whenua and Māori organisations while at the same time exercising governance for the good of the district or region as a whole. This poses a significant challenge for elected members and their advisers…..”

For a list of relationship agreements, memoranda of understanding, representation and advisory structures, formal agreements and joint entities, as at June 2017, see:

This report also includes information about the Engagement and consultation processes, and Council tools and practices to improve engagement. More information is available HERE.