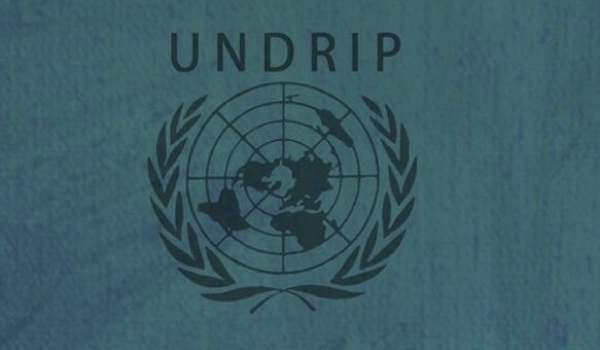 The Ministry of Maori Development, is developing a plan to progress the implementation of the UN Declaration on the Rights of Indigenous Peoples. Given the serious implications of this declaration, and the adoption of an engagement process with iwi, hapū and whānau, but not the wider community, the government needs to hear from us.

Dr Muriel Newman (NZCPR) has written an excellent article backgrounding the issue, 'Implementing the United Nations Declaration on the Rights of Indigenous Peoples':

“The whole Declaration is at such great odds with the concept of New Zealand as a modern democratic nation where people of all races are equal before the law, that it’s almost impossible to understand how John Key and his National Government could have justified even contemplating signing. At the time the PM said the Declaration was a symbolic aspirational affirmation of indigeneity. The warning that UNDRIP was it is in fact a lever to set in motion an agenda which would see the tribal elite assuming higher authority over domestic matters than other New Zealanders, was ignored”.

New Zealand First’s leader Winston Peters expressed concerns in 2011 about the signing of the Declaration: "It was a deliberate act by the National Party and the Maori Party. This declaration says that in a dispute over New Zealand laws, some New Zealanders' rights over-ride the rights of others. And in time, this is going to be written into our laws."

The Maori did not have democracy. They had a tribal feudal system and now the concept of that feudal system was sneaking into the foundations of a new constitution, Mr Peters said.

Despite Mr Peter's views on the issue, on 5th March this year Government Ministers agreed that the Minister of Maori Development would develop a national plan of action for the implementation of the Declaration. A technical working group has been established and “an engagement process with iwi, hapū and whānau that embodies New Zealand’s best practice under Te Tiriti o Waitangi and the Declaration” will be developed. The group is due to report back in August.

Given the serious implications of the implementation of UNDRIP, and the adoption of an engagement process with iwi, hapū and whānau, but not the wider community, the government needs to hear from us. Please contact the Prime Minister to voice opposition to this initiative. Her email address is: [email protected]. And to Deputy PM Winston Peters [email protected]

It is also important to send messages to National, NZ First and your own MPs.

Jul 01, 2019
The Kāinga Ora - Homes and Communities Bill will create a new authority that will be the leading authority for all urban development projects. Kāinga Ora will be required to identify and protect Māori interests, partner and have early and meaningful engagement with Māori, and offer Māori opportunities to participate in urban development. Find out more and have your say on the bill by July 11th. Continue reading