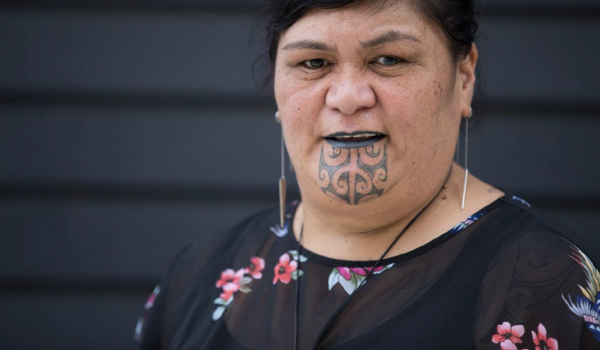 The Kāinga Ora - Homes and Communities Bill will create a new authority that will be the leading authority for all urban development projects. Kāinga Ora will be required to identify and protect Māori interests, partner and have early and meaningful engagement with Māori, and offer Māori opportunities to participate in urban development. Find out more and have your say on the bill by July 11th.

The Kāinga Ora-Homes and Communities Bill, introduced to parliament on May 30, creates a new authority which will have two key roles: being a public housing landlord, and leading and co-ordinating urban development projects. It will be responsible for delivering urban development of all sizes. This encompasses housing, transport links, commercial and industrial buildings, new infrastructure, parks and open spaces and supporting facilities, (such as schools, libraries and swimming pools).

Kāinga Ora will be established through two separate pieces of legislation. The first Bill will bring together the three agencies this authority will replace, i.e. the Housing NZ Corp, its subsidiary Hobsonville Land Company, plus some functions and assets of KiwiBuild.

Given that the Bill signals the creation of a powerful new Crown agency, responsible for implementing much of the Government’s housing and urban development agenda, there is much concern amongst our members about the level of power and benefits afforded specifically to Maori, under the guise of upholding the Treaty of Waitangi and its principles. “Kāinga Ora will be required to identify and protect Māori interests, partner and have early and meaningful engagement with Māori, and offer Māori opportunities to participate in urban development”. The bill will also prevent the Authority from using Housing New Zealand’s exemptions in Treaty settlement legislation to override Rights of First Refusal - see section 20 of the Bill for details. (A sizeable proportion of Crown-owned land in Auckland is subject to a right-of-first-refusal agreement with local iwi under their Treaty of Waitangi settlements).

Section 4 of the bill is devoted solely to Maori interests, stating:

In order to recognise and respect the Crown’s responsibility to consider and provide for Māori interests, this Act provides—

(a) in section 11(1)(b), that the board must ensure that Kāinga Ora–Homes and Communities maintains systems and processes to ensure that, for the purposes of carrying out its urban development functions, Kāinga Ora–Homes and Communities has the capability and capacity to uphold the Treaty of Waitangi (Te Tiriti o Waitangi) and its principles, to understand and apply Te Ture Whenua Māori Act 1993, and to be able to engage with Māori and to understand Māori perspectives:

(b) in section 13(1), that it is a function of Kāinga Ora–Homes and Communities to understand, support, and enable the aspirations of Māori in relation to urban development:

(c) in section 14(1), that Kāinga Ora–Homes and Communities must contribute to the social, economic, environmental, and cultural well-being of current and future generations by—

(i) identifying and protecting Māori interests in land, and recognising and providing for the relationship of Māori and their culture and traditions with their ancestral lands, water, sites, wāhi tapu, and other taonga:

(ii) partnering and having early and meaningful engagement with Māori and offering Māori opportunities to participate in urban development:

(d) in section 20, that Kāinga Ora–Homes and Communities cannot use the exemptions for Housing New Zealand Corporation and its subsidiaries to dispose of land subject to rights of first refusal under Treaty settlement legislation:

(e) in section 24(1)(e), that a GPS must include the Government’s expectations in relation to Māori interests, partnering with Māori, and protections for Māori interests.

“Mana whenua to be at the heart of developments”

Labour MP, Nanaia Mahuta, during the first reading of the bill, stated:

“We want to implement good urban design and develop well-connected communities with great transport connections, vibrant town centres, community infrastructure, and affordable homes. Mana whenua are at the heart of these developments as developers, builders, housing providers, and partners, and we want to support them too”.

The Government Policy Statement* will set out how Kāinga Ora (with support from other agencies) will meet the Government’s expectations “relating to Māori interests, partnering with Māori, and protections for Māori interests”. Once again, why isn’t the rest of our multicultural community treated similarly?

The Bill makes much of upholding obligations under the Treaty, yet violates the third article, which states:

“For this agreed arrangement therefore concerning the government of the Queen, the Queen of England will protect all the ordinary people of New Zealand and will give them the same rights and duties of citizenship as the people of England”. (Translation of the Maori version).

The Bill is currently being considered by the Environment Committee.

Please make a submission – the deadline is July 11th. Click HERE for a link to the government’s submission making page.