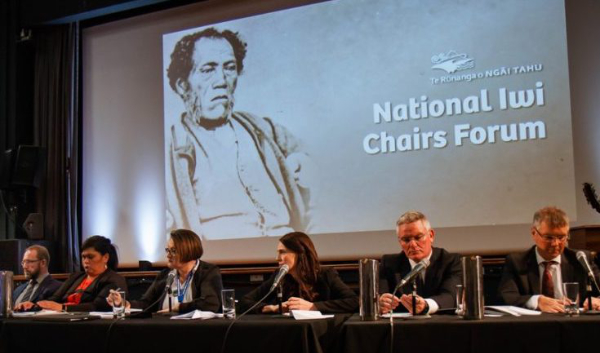 Alarm bells are ringing after Māori leaders expressed monumental ambitions during initial discussions with the Government about how to recognise the highly controversial United Nations Declaration on the Rights of Indigenous Peoples (UNDRIP). The Minister for Māori Development, Willie Jackson, says those discussions will shape the Government’s Declaration plan.

Māori leaders have told the Government that co-governance is not enough to satisfy the indigenous rights declaration, and that a focus on tino rangatiratanga could see the Crown’s role significantly devolved.

Following a six-month engagement process restricted to Māori organisations and groups, Minister Jackson recently announced the drafting of the Plan is set to commence. This plan is expected to be released later this year, with the intention to finalise the document in early 2023.

The Government has appointed the Iwi Chairs Forum to work in collaboration with the Human Rights Commission and Te Puni Kōkiri to draft the plan.

The National Iwi Chairs Forum (NCIF) has a driving ambition to co-govern the country. There is a distinct danger that this will be seen as further opportunity to end our current constitutional arrangements and install a system of power-sharing between Māori and the Crown.

NCIF has been campaigning for constitutional transformation since 2009. New Zealand’s endorsement of UNDRIP in 2010 was seen as a major step in this quest. As former Waitangi Tribunal Chairperson, Eddie Taihakurei Durie said in his “Address on the Declaration” statement given May 2010, at Parliament:

“We have completed the trilogy. The 1835 Declaration acknowledged Indigenous self-determination. The 1840 Treaty upheld it within the structures of a State. This Declaration [UNDRIP] now confirms it and says how it should be applied. As rights go, that’s a big step. It fills the gaps in the Treaty of Waitangi.”

To further advance the constitutional transformation NCIF is seeking, in 2016 the Forum instigated Matike Mai Aotearoa, the report of a working group led by Māori sovereignty activist Professor Margaret Mutu. This report drew on self-serving interpretations of the 1835 Declaration of Independence, the 1840 Treaty of Waitangi, and UNDRIP, to strongly advocate for a Treaty-based constitution with equal power-sharing between Māori and the Crown.

NCIF was also involved in the establishment of the Independent Monitoring Mechanism, led by Margaret Mutu, in order “to promote and monitor the implementation of the UN Declaration on the Rights of Indigenous Peoples”.

In 2019 the Labour Government appointed a technical advisory group, the Declaration Working Group (DWG), “to support the provision of advice on the form and content of a Declaration plan.” This news was roundly supported by the National Iwi Chairs Forum spokesperson and lead author of Matike Mai, Professor Margaret Mutu, who said:

“Iwi are pleased that Government has decided to work in partnership with us to develop a plan to implement the United Nations Declaration on the Rights of Indigenous Peoples.”

Later that year, the working group produced its report - He Puapua, which is largely based on the claim that the Treaty of Waitangi created a 50:50 “partnership” between Māori and the Crown. It has much in common with the constitutional changes set out in Matike Mai Aotearoa. He Puapua also relies heavily on a distorted interpretation of the 1835 Declaration of Independence and the 1840 Treaty of Waitangi in order to call for major constitutional change.

The ideas endorsed in He Puapua were seen as so radical that the Government hid the report from the public for two years, until it surfaced only months after the 2020 election. Due to public backlash, the Government was compelled to publicly distance itself from it. However, they did signal the intention to draft a Declaration plan in consultation with Māori.

What about all other New Zealanders? This is our country too!

How the Government chooses to proceed will have major implications for the future of all New Zealanders. We all deserve to have a say in the development of the draft plan. But it is only after it has been drafted - based on the feedback arising from engagement with Māori - that consultation with other New Zealanders will begin, purportedly later this year. This is far too late for any meaningful input from the wider community.

Given who is involved in the drafting of the plan, it is highly likely that Māori rights and interests are set to take precedence over the rights of other New Zealanders. That is, unless we make it known to the Government that this is unacceptable, and demand that any plans in the name of UNDRIP must be compliant with our existing constitutional arrangements, and uphold the values of democratic equality, the rule of law and universal human rights for all New Zealanders.

The Prime Minister has indicated she is relaxed about the two-tier system of engagement and is happy to let everyone else wait until the Declaration plan has been developed before allowing wider public comment. Click HERE  to watch David Seymour question the PM about this matter during question time 3 May 2022 (starts at 8:08).

Don’t wait to be asked – make your voice heard. Please contact your MP – especially Labour MPs. You can find their contact details on the New Zealand Parliament website.

Iwi Chairs Forum: Report of the Independent Monitoring Mechanism regarding the Implementation of the UN Declaration on the Rights of Indigenous Peoples in Aotearoa New Zealand, July 2018

If you want to read more about how "third-generation" rights as outlined in UNDRIP are undermining democracy, read : How “Collective Human Rights” Undermine Individual Human Rights, posted 25 June 2020 on The Heritage Foundation website.