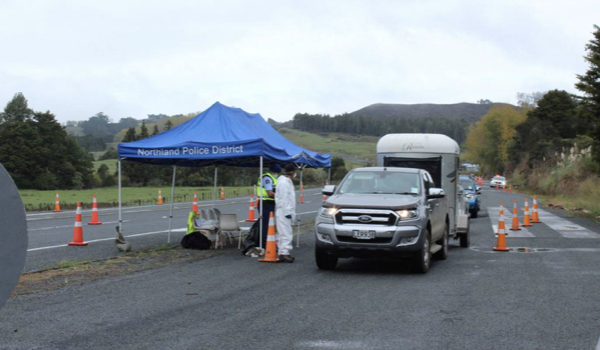 Two Labour Members of Parliament have confirmed the claim by Democracy Action that the Government and Police condoned the illegal iwi roadblocks on public roads. Tamati Coffey (Labour - Waiariki) and Kiri Allan (Labour – List MP living in the East Coast) have stated that these roadblocks were “well supported” by the Government and that police “helped with the checkpoints”.

Debating on Newstalk ZB with National Iwi Chairs Forum spokesman Rahui Papa, who was critical of the alleged lack of Government support for iwi, the two MPs cited iwi checkpoints as a prime example of a “number of initiatives where Maori and the Government have partnered over COVID-19.”

“We have criticized the Prime Minister for a lack of leadership during a situation where one group was clearly treated as if it was above the law. The Police Minister had a soft and vacillating stance which encouraged self-appointed activists and their gang enforcers to intimidate law-abiding New Zealanders.”

“Rather than dispute these criticisms, Ms Allan and Mr Coffey have instead celebrated them as a well-supported partnership between Government, Police and iwi. I suspect this is a better description of the real situation than Jacinda Ardern’s bland platitudes and Stuart Nash’s double speak. At least someone in Government is finally being honest – they fully supported the illegal roadblocks and encouraged the Police to do the same.”

“This stance, finally unmasked by two backbenchers in a moment of honesty, confirms there was Government support for a direct and concerted challenge to the principle that all New Zealanders are equal before the law. There needs to be a full high-level review of this regrettable situation.  Political parties must commit to not tolerating such actions again, no matter what the pretext,” said Mr Short.

NewstalkZB: 'Can you be trusted?': Simon Bridges' exchange with iwi leader

Jun 15, 2020
Democracy Action fully supports recent calls for a Royal Commission into the COVID-19 response, and strongly suggests its remit includes an expert examination of the legality, or more likely illegality, of iwi roadblocks. Euphemistically called ‘community checkpoints’, these roadblocks purported to protect isolated communities from the pandemic but were inconsistent with legal instructions to the general public. Continue reading

May 08, 2020
The vigilantes manning the unauthorised roadblocks on public roads have no more legal authority to do so than your neighbour. Despite this, the highest authorities in Government and Police are encouraging these self-appointed groups to stop New Zealanders travelling and to turn them back if, in their inexpert opinion, motorists are breaking travel restrictions.  Continue reading

Oct 16, 2020
Labour’s Māori Manifesto 2020 recommits to the partnership path with Māori. They will continue to support the role of Māori Crown relations – Te Arawhiti in growing the capability and capacity of government departments and organisations to be better Treaty partners, promising to look to take even bolder steps to create change. Continue reading