Vote for me! Local body elections 2019 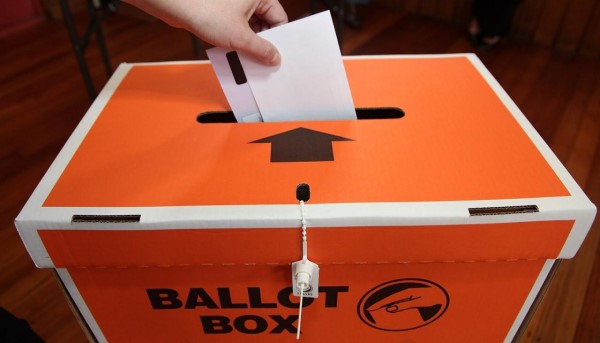 The upcoming election gives us the opportunity to voice our opinions, to hold elected representatives to account, and to vote for what we believe in. So please take all opportunities to question those standing for office. You could also identify those candidates you can support and offer your help as they campaign.

We at Democracy Action believe our representatives should be voted on merit, not race. As Gisborne Herald columnist, farmer, community worker, and heritage consultant Mr Clive Bibby writes in his article 'Diversity best achieved naturally'

“The majority of people do not judge by colour, religion, age, sex or disability. They judge you by what you believe in, what you hope to do, what you bring to the table, whether you will work hard for them and represent their voices at the council or health board table.”

The final lists of candidates are now available from your local bodies. Click here for a list of Auckland candidates 2019

To help you ascertain candidates’ views on whether they support the discriminatory race-based seats at the council decision-making table, a member has prepared a set of questions to ask candidates – to see please click HERE.

Hobson's Pledge campaign - 'Councillors should be elected on merit'

Hobson's Pledge are mounting a vigorous campaign, ‘Vote 2019 - Councillors should be elected on merit’, distributing leaflets and using social media. Please click HERE and HERE for details. They have also collated a list of councillors who voted for separate Maori wards or Maori representatives with voting rights on Council Committees. It is available HERE.

Auckland Mayoral candidates have been sent the following questions:

Their responses (or not) are available HERE

Going by feedback received so far, only two Auckland Mayoral candidates definitely do not support race-based representation. They are:

Michael Coote (a former NBR columnist) is standing on the citizen equality issue at the level of Auckland mayoralty, the Waitākere ward, and the Henderson-Massey Local Board. Michael: “In each case I am running on a single issue so that there is no ambiguity about the meaning of any vote I receive”.  Please see below Michael’s campaign statement, which will be delivered with voting documents throughout Auckland:

“Multi-ethnic, multi-cultural Auckland City must be a society of strict racial equality for all. Auckland Council must respect this fundamental principle of modern liberal democratic civilisation. There is no justice in Auckland Council granting, enabling or facilitating special rights and privileges, or providing separatist treatment, for any part of Auckland's diverse community on the basis of racial or ethnic affiliation. For example, Auckland Council's plans, policies, procedures and structures should not discriminate in favour of Maori members of the community over any others, but should apply equal status, validity and opportunity to all Aucklanders as residents and ratepayers. Any aspect of Auckland Council which does not conform with racial egalitarianism should be abolished, as too should be entities such as the Independent Maori Statutory Board, which places voting members on Auckland Council committees who are unelected by the general public. If you agree, please vote for Michael Coote”.

Mr Tamihere spent two terms as an urban Māori representative on the board, which is chosen by a panel drawn from the super city's 19 mana whenua iwi and hapū. He supports the retention of the Independent Maori Statutory Board but wants to change the system by introducing an election for places on the board every three years for those on the Maori roll.

Voting starts 20 September with a postal vote, closing noon 12 October 2019. Your voting papers will be mailed to you around 20th September. If you have received your orange enrollment update pack in the mail at the end of June you are enrolled to vote, but of not click here to get enrolled before Friday 11 October.  For more information visit the Department of Internal Affairs website HERE.

Go back to the September 2019 newsletter

May 06, 2022
Are the current murmurings of Mt Ruapehu a sign that the gods are not happy with the new Taupō Council agreement?  Taupō District Council recently signed a Mana Whakahono ā Rohe agreement with Ngāti Tūrangitukua that has taken a statutory obligation under the RMA much further than required under the legislation - to a whole new level of co-governance. This agreement includes of a range of policy, planning and operational areas outside of the RMA. Continue reading

Nov 04, 2021
Local government is facing a wave of radical changes - such as the overhaul of the three waters sector and the resource management system - that will significantly affect their traditional roles and functions.  Continue reading