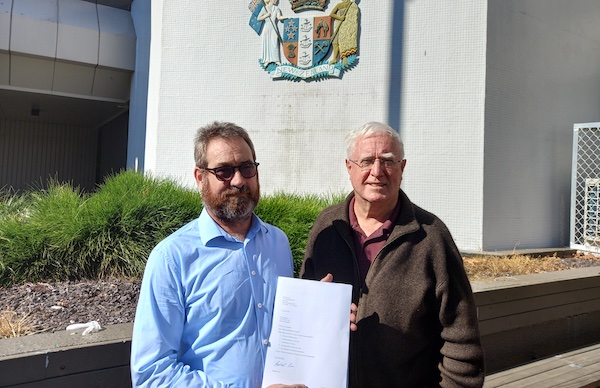 “It is premature to declare victory over the Rotorua District Council (Representation Arrangements) Bill”, writes Rotorua Councillor Reynold Macpherson.  “It has not been withdrawn, only ‘paused’. If you want to defend democracy against co-governance, please submit an Affidavit in Support of a private citizen’s application for a judicial review”.

Robert Lee’s application for a judicial review was filed on Friday 29 April 2022 and is currently before a High Court judge. You can read the Statement of Claim here. It claims that Council’s 19 November 2021 decision to submit the Local Bill to Parliament was, for various reasons, procedurally unfair and illegal. Robert is asking the court to act urgently, in May, before the Bill can become law.

That is how you can help kill the bill and save democracy in New Zealand local government.

On 19 November 2021, Rotorua District Council decided to submit a Local Bill to Parliament proposing three councillor seats in a Māori Ward, three seats in a General Ward and four seats to be elected At Large. This proved to be highly controversial. On 28 April 2022, the Mayor used her casting vote to prevent Council withdrawing the Bill from Parliament.

“Council’s elected members are as divided as our community is over the Bill,” said Cr Reynold Macpherson, also RDRR Chairman and Mayoral Candidate. “Cr Peter Bentley’s resignation shows that our local government of disunity is willing to use elder abuse to silence critics. They want to replace democratic equal suffrage with voter parity to get co-governance. But the Attorney-General has found that the Bill would discriminate on ethnic lines, cannot be justified, and like many others, believes that any such legislation may be better considered in full by central government and Parliament.”

The so-called ‘pause’ in Parliament could give the Bill’s promoters time to revise it and possibly ram it through ‘under urgency’, he said.  To safeguard democracy, RDRR wants to kill the bill. They are supporting a private citizen’s call for an urgent judicial review of the 19 November 2021 decision.

“The appropriate papers have been served on Council and in the High Court seeking urgent injunctive relief to set aside the Council’s decision to seek statutory reform,” said Robert Lee, an RDRR-endorsed candidate for Rotorua District Council. “In our view the process was procedurally unfair because it was predetermined, and the majority of elected members were biased in favour of this type of electoral model (co-governance).”

It was also illegal, he said, because Council had an improper purpose of seeking to rig the election, did not follow the statutory principles of consultation, sought to limit rights and freedoms set out in the New Zealand Bill of Rights, and the Fenton Agreement, Te Tiriti and co-governance were irrelevant considerations.

The judicial review has just been filed in the High Court and served on Council. The Statement of Claim and Application for Injunctive Relief are available. RDRR invites all members, associates, and friends, especially those in Saving Springfield and Restore Rotorua, to help by donating $30 or multiples of $30 to its ANZ account 06 0413 0524259 00. Thank you.

It is imperative that Rotorua has a free and fair democratic election in October.

Proposed changes to our electoral system

Nov 06, 2022
The Ministry of Justice is currently reviewing our electoral law. The government-appointed Independent Electoral Review panel is inviting feedback on the future of our electoral system. Continue reading

Sep 02, 2022
Candidate nominations for this year's local body elections have closed, and campaigning for a place at the council table is well underway. Now is the time to ask the contenders the crucial questions – before casting our votes we need to know their intentions and their stance on issues of concern.  Continue reading