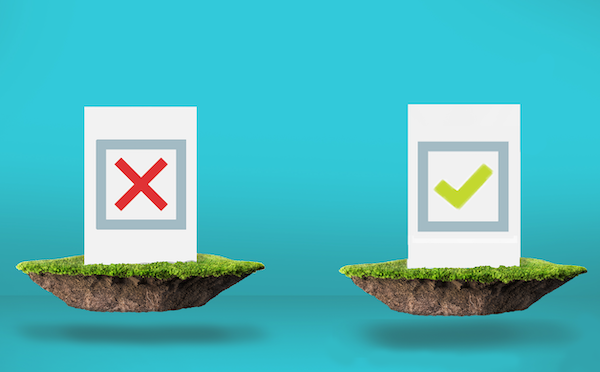 Local Government Minister Nanaia Mahuta is vowing to remove the public poll option when councils vote to create Māori wards. Mahuta, who retained the portfolio after the October general election, said she was "all ready to go once the government is formed".

The Local Electoral Act’s binding poll system is a form of direct democracy that enables electors to choose for themselves by simple majority vote whether they want race-based council representation. Dr Muriel Newman explains the significance of the petition rights for Māori wards in her NZCPR article Repealing Democratic Rights:

“Maori wards were introduced into the Local Electoral Act by Helen Clark in 2001. Because this involved changing the voting system to include the Maori electoral roll, the same constitutional safeguards that already existed in the law were applied. Those section 27 to 34 safeguards had been introduced to protect electors from council attempts to change the voting system between First Past the Post (FPP) and Single Transferable Vote (STV) without consulting the public.

As a result, the Maori ward petition rights in sections 19ZA to 19ZH, which mirror those in sections 27 to 34, enable electors to challenge a council’s constitutional decisions through a district-wide referendum – if they gain the support of 5 percent of voters in a petition.

Essentially Helen Clark’s ‘direct democracy’ veto can only be applied when councils change the voting system without community consultation – namely through switching between FPP voting and STV, or introducing the Maori roll and Maori wards.”

“there are legitimate and illegitimate ways to attempt to change constitutional arrangements. A binding referendum would be a legitimate process.  Another legitimate process would be for all parties that are inclined to support this law change to make it a clear, major component of their manifesto before the next election, so that after that election a ‘cross-party agreement’ had some legitimacy.”

“Let’s be clear.  Deals stitched-up after elections without changes having been signalled to voters by parties before the election, on something as fundamental as changing constitutional arrangements, are totally illegitimate.”

We note that the proposal to abolish referenda on Māori wards was not listed as a priority in the 2020 Labour Manifesto. However, the document did make the following commitment:

“Labour will ensure that major decisions about local democracy involve full participation of the local population from the outset.” (p.23)

Nothing epitomises this policy more than a referendum by which the local population decide who sits at the Council table.

Democracy Action believes the Government has no mandate to deny citizens the right to call for a poll on council decisions to introduce Māori wards. Rather than this being a priority, the proposal should be abandoned.

Instead, we suggest that Government upholds its stated commitment to involve full participation of the population in any major decisions about local democracy by requiring all local bodies who wish to make a change to representation arrangements, such as Māori wards, be required to undertake a poll of electors.

As Bruce Moon, author of “New Zealand – The Fair Colony”, writes in his opinion piece Democracy in Peril

“The existing poll right with respect to a Maori ward is a constitutional right of all New Zealanders and any attempt to remove it should properly be put to a national referendum”.

Andrew Judd on the warpath to abolish a democratic right. Former New Plymouth mayor Andrew Judd has been invited by Network Waitangi Whangarei to speak against the polling provision and about Māori wards at two public meetings in Whangarei on 27 & 28 November. Judd is actively campaigning to overturn the right of electors to demand a poll over Māori wards. But he and the Maori Party want to go even further - they are calling for a law change so up to half of all councillors in New Zealand are Māori. Judd reckons that: "The reasonable interpretation of the Treaty is that you would have fifty-fifty representation around the table."

Creative NZ has even joined the fight. Acting outside its mandate, it is funding controversial opinion pieces to pressure the Government to abolish the poll provision. 'Point of Order' covers this issue in the following two articles:

Creative NZ support for propaganda adds up to $222,000 that won’t go to artists

What you can do:

Write to your local MP, the Minister of Local Government Nanaia Mahuta, the Prime Minister, and the leader of the Opposition, expressing your views on retaining your right to a vote on Maori wards. Their contact details can be found HERE.

Also, write to local papers, and post messages on social media, and to your friends and family about Minister Mahuta's campaign to abolish a democratic right.