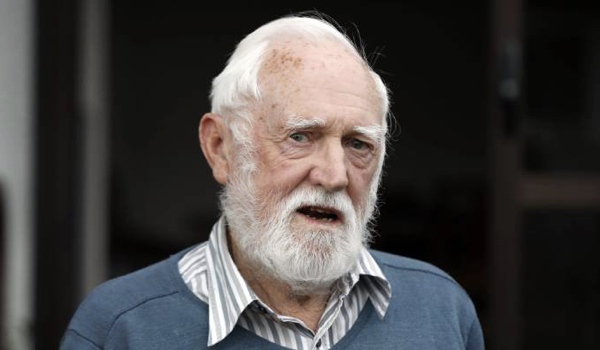 The new memorial plaque on the Ports of Auckland frontage, Quay St, states "Te Kawau gifted 3000 acres to establish the City of Auckland." It replaces a plaque which referred to a purchase rather than a gift.

Factual evidence shows that there is no doubt the land was sold. In an attempt to set the record straight, several of our members have contacted the CEO of Ports of Auckland, Tony Gibson, requesting that the plaque be corrected to reflect the facts.

Ports of Auckland (POA) has finally replied, stating they are happy with the wording on the plaque and do not intend to change it, the justification being that “There were different interpretations of the ‘sale’ or ‘gift’ of land at the time, which are best summed up in the report on the Ōrākei Claim by the Waitangi Tribunal”, referring to the extract available HERE.

POA is making the mistake of unquestioningly accepting the history produced by the Waitangi Tribunal as fact. They are disregarding the disquiet expressed by many historians about the sort of history the tribunal has been producing. Dr Michael Bassett, who was closely involved as a member of the Tribunal for 10yrs, accused his fellow tribunal members of bias, and using "inventive arguments". Other historians who have publicly questioned the integrity of the history produced by the Waitangi Tribunal include Dr John Robinson, Dr Michael Bassett, Keith Sorrenson, Michael Belgrave, Bill Oliver, Bruce Moon, and Dr Giselle Byrnes. According to Dr Byrnes, other academics are also concerned but are reluctant to say anything publicly.

POA is also disregarding the text of the original the Deed of Purchase of 3,000 acres for the site of Auckland, which clearly states that Ngati Whatua “consented to give up and to sell a portion of land to the Queen of England for ever and ever for whatever purpose her majesty may seem right.”

When a biased report, such as the Ōrākei Claim by the Waitangi Tribunal, takes precedence over a legal document, such as a deed of purchase, we are indeed on a slippery slope.

At our last working group meeting it was agreed to keep lobbying POA – anyone who has not already done so are urged to also contact the CEO, Tony Gibson. His email address is: [email protected]

Truth, Fairness and Democracy Under Threat

May 04, 2018
Increasingly New Zealanders are being denied access to avenues to express their opinions - unless one subscribes to the view that the Treaty is a partnership, and the chiefs who signed did not cede sovereignty. Bruce Moon is the latest to be censored. Mr Moon was invited by the Nelson Institute to speak and he chose to present on what he calls the fake history of New Zealand, focusing on the Treaty of Waitangi, its interpretation and its implementation. But, at the 11th hour his speech was cancelled, Nelson Library stating concerns about "health and safety":  Continue reading

Oct 05, 2018
In 2014 the Waitangi Tribunal released a controversial report that claimed Maori did not give up sovereignty. "That is, they did not cede authority to make and enforce law over their people or their territories," the Tribunal said. In a brief statement responding to the report, Attorney-General and Treaty of Waitangi Negotiations Minister Chris Finlayson said: "There is no question that the Crown has sovereignty in New Zealand. This report doesn't change that fact." Continue reading

Dec 12, 2019
One area where we have not been successful is in countering the claim that the land to establish the settlement of Auckland was gifted by Ngāti Whātua Ōrākei. This is despite offering evidence to the contrary to the powers-that-be, - copy of the Deed of Purchase - the text of which clearly states that "the chiefs consented to give up to sell a portion of the land to the Queen of England for ever and ever...... Continue reading

Nov 06, 2018
Despite being presented with evidence that shows there is no doubt the land was sold, the CEO of Ports of Auckland (POA) is choosing to stand by the story that the land for the founding of Auckland was “gifted” by Ngati Whatua Orakei, as stated on the commemorative plaque on Quay St. This issue has been taken up with the Mayor of Auckland.  His reply was to take this up with the POA directly. So back to square one. Continue reading