Truth, Fairness and Democracy Under Threat 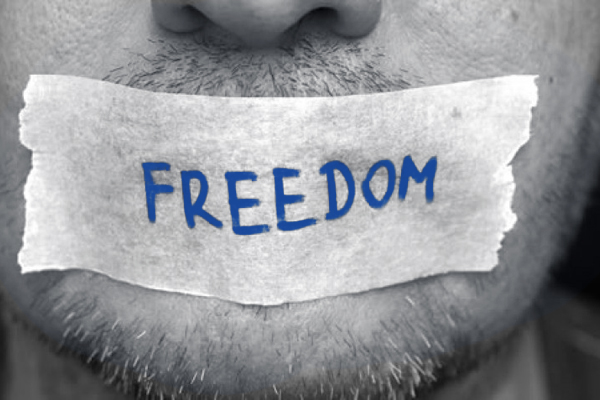 Increasingly New Zealanders are being denied access to avenues to express their opinions - unless one subscribes to the view that the Treaty is a partnership, and the chiefs who signed did not cede sovereignty. Bruce Moon is the latest to be censored. Mr Moon was invited by the Nelson Institute to speak and he chose to present on what he calls the fake history of New Zealand, focusing on the Treaty of Waitangi, its interpretation and its implementation. But, at the 11th hour his speech was cancelled, Nelson Library stating concerns about "health and safety":

I am sorry but your talk has been called off. At the Library today NCC, Library officials, and two of us from the Nelson Institute met to discuss your planned talk. All 3 of these groups had been contacted by persons saying you should not be allowed to talk on this topic, in the Library. Both the NCC and the Library felt a talk could disturb the peace and become a Health and Safety issue.

I made as strong a case as I was able to go ahead, but there were too many dissenting voices and it is, after all, the Library who has to make the final decision as to who may talk in their rooms.

Thank you for offering to give the talk, perhaps one day we may be able to find a venue without such restrictions.

Mr Moon believes cancelling his talk was more about censorship, which he had even predicted in his speech, which said values like truth, fairness and democracy were under threat.

Nelson Council has since claimed that the reason the talk was cancelled was because a balanced discussion couldn't be held at the venue. However, it appears a balanced view is not a prerequisite for those who have been given Government funds to commemorate the ‘New Zealand Wars’. Whānau, hapū and iwi are planning and delivering events and initiatives to commemorate the New Zealand Wars from their perspective. This includes $30,000 for Vincent O’Malley’s presentation to 20 schools. For a list of recipients of the funds, and the amounts awarded, please click here.