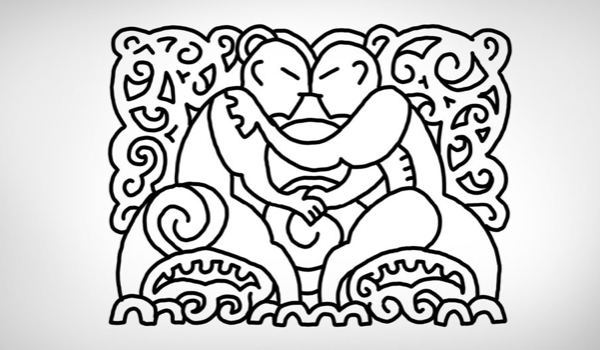 In 2014 the Waitangi Tribunal released a controversial report that claimed Maori did not give up sovereignty. "That is, they did not cede authority to make and enforce law over their people or their territories," the Tribunal said. In a brief statement responding to the report, Attorney-General and Treaty of Waitangi Negotiations Minister Chris Finlayson said: "There is no question that the Crown has sovereignty in New Zealand. This report doesn't change that fact."

Paul Moon, Professor of history at Auckland University of Technology, was shocked by some of the statements contained in the report, saying:

"This is not a concern about some trivial detail, but over the fundamental history of our country, which the tribunal has got manifestly wrong."

“The most concerning aspect of the report was the way the tribunal seemed to be re-writing history with little apparent regard for evidence”, he said. "This report may serve the interests of some groups, but it distorts New Zealand history in the process, and seriously undermines the tribunal's credibility."

Undeterred by this criticism, the Waitangi Tribunal recently released the first 11 chapters of Te Mana Whatu Ahuru: Report on Te Rohe Pōtae (the King Country) Claims, which again challenges the sovereignty of the Crown. The Tribunal found that the several rangatira in the inquiry district who signed the Treaty retained their tino rangatiratanga (full chiefly authority) while granting the Crown kāwanatanga (a right to govern and make laws). The Tribunal claims this right was to be used to control settlers, and to protect Māori rights and authority.

The Tribunal also found the Crown failed to engage as a Treaty partner and did not acknowledge Te Rohe Pōtae tino rangatiratanga. As a result, the opportunity to give proper effect to the Treaty in the

district has yet to be fulfilled. The Tribunal recommended the Crown take immediate steps to act, in conjunction with the mandated settlement group or groups, to put in place means to give effect to their rangatiratanga.

In the case of Ngāti Maniapoto, the Tribunal recommended that legislation must take into account and give effect to Te Ōhāki Tapu, in a way that imposes an obligation on the Crown and its agencies to give effect to the right to mana whakahaere. (governance, authority, jurisdiction, management, mandate, power).

A speech given by former Labour Prime Minister David Lange in the year 2000 highlights the danger to democracy of proceeding down the path of dual sovereignty. Mr Lange said that in a democracy what we cannot do is acknowledge the existence of a separate sovereignty. As soon as we do that, it isn’t a democracy. We can have a democratic form of government or we can have indigenous sovereignty. They can’t co-exist and we can’t have them both. He went on to say that the court of appeal once, absurdly, described the treaty as a partnership between races, but it obviously is not. A copy of Mr Lange’s speech is available HERE. (See in particular pages 9 & 10).

For some background information on the Waitangi Tribunal, see NZCPR article ‘The Future of the Waitangi Tribunal HERE. This article is five years old, but just as relevant today. As is an opinion piece by Mike Butler, listing reasons why the Tribunal should be abolished. It is available HERE.