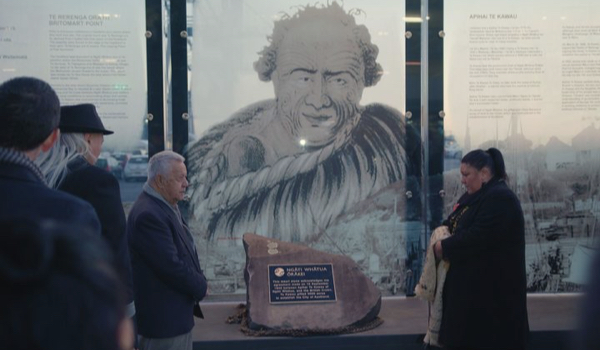 Despite being presented with evidence that shows there is no doubt the land was sold, the CEO of Ports of Auckland (POA) is choosing to stand by the story that the land for the founding of Auckland was “gifted” by Ngati Whatua Orakei, as stated on the commemorative plaque on Quay St. This issue has been taken up with the Mayor of Auckland.  His reply was to take this up with the POA directly. So back to square one.

No doubt emboldened by the acceptance of this myth by the powers-that-be, Ngarimu Blair of Ngati Whatua, talking about the University of Auckland Epsom campus, stated “I confirm the subject land was part of our second gift of land to the Crown in 1841 and part of a large block of around 13,000 acres that took in Westmere, Pt Chev, Mt Albert and Newmarket”. See NZ Herald article HERE.

According to Russell Stone, (a former Emeritus Professor in History of the University of Auckland), in his book ‘From Tamaki-Makau-Rau to Auckland’, this parcel of land was also sold to the Crown. (See pages 307-8). A copy of the Deed of Purchase has been ordered from Archives NZ.

It appears Nick Wells, chief executive partner at the law firm Chapman Tripp, has also been taken in, stating in an article on the Chapman Tripp website, ‘Supreme Court decision will reshape how the Government deals with iwi interests’

“Ngāti Whātua Ōrākei’s gifting of 3,000 acres of land in central Auckland in 1840 (including Auckland CBD, Parnell and Ōrākei) to forge a relationship with the Crown is considered the first alienation of many……...”

Mr Wells appears to be unaware of the Deed of Purchase for the 3,000 acres for the site of the City of Auckland. This particular Deed has been digitised and can be viewed for free online here.

Dec 12, 2019
One area where we have not been successful is in countering the claim that the land to establish the settlement of Auckland was gifted by Ngāti Whātua Ōrākei. This is despite offering evidence to the contrary to the powers-that-be, - copy of the Deed of Purchase - the text of which clearly states that "the chiefs consented to give up to sell a portion of the land to the Queen of England for ever and ever...... Continue reading