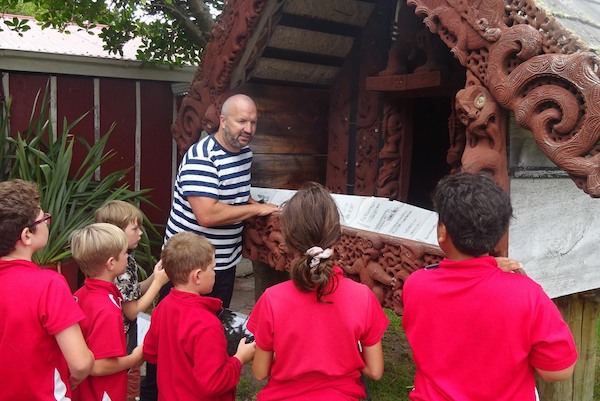 A recently released report on the draft curriculum content for teaching New Zealand’s ‘histories’ in our schools points to a determination to continue down the path of foisting upon our children an ideologically driven lop-sided version of our history. This is despite much criticism about the lack of balance in the draft content from historians, educationalists, parents/family, and community members.

The Ministry of Education released the report after considering submissions made earlier this year. While we have yet to see the finalised curriculum, the report states that “There will not be any radical changes to the content and any additional content will be in line with what currently exists”.

Although the Ministry acknowledges calls in the submissions for more diverse and wide-ranging topics, it reaffirms that:

“The draft curriculum content has been developed to reflect the significance of Māori histories in New Zealand and to honour te Tiriti o Waitangi and the partnership between the Crown and tangata whenua.

“Suggested changes that would contradict the aims of the New Zealand education system and the Crown’s obligations under Te Tiriti o Waitangi will not be acted upon”.

Despite several requests, (one such is available HERE), the public has been denied access to the written submissions. Instead, we are instructed to rely on an analysis of the submissions undertaken by the following organisations:

The report states that consultation shows general support for the history curriculum content. However, they also state that teachers were more positive about the content than other groups such as parents/family and community members. Maybe this less than positive feedback from parents/caregivers and the public is the reason the authors of the report have chosen to focus on the responses of five groupings i.e., students, teachers, Māori, Pasifika and Asian.

The Ministry of Education is planning to release the finalised Te Takanga o Te Wā (Māori history), and Aotearoa New Zealand’s histories curriculum content this month. The final content will be considered by the Minister of Education and Cabinet before it is published and available for schools to use. Schools will begin including ‘Aotearoa New Zealand’s histories’ in their local curricula for history during 2022, “working in partnership with their communities to introduce local histories and contexts that are meaningful for their students”.

‘Aotearoa New Zealand’s histories’ marks the first step towards the changes in the respective curriculum documents. Over the next five years, the Ministry of Education is undertaking a revamp of the national curriculum which includes The New Zealand Curriculum and Te Mātauranga o Aotearoa. These changes include the intention to “honour our past and obligations to Te Tiriti o Waitangi”.

MoE: Aotearoa New Zealand’s histories: What you told us and how we’re responding

MoE media release: The Ministry of Education releases the public consultation documents and its feedback for Aotearoa New Zealand’s histories

Go back to the October 2021 newsletter

Jul 08, 2021
During 2018 the Government announced a three-year work programme to bring about significant changes to New Zealand’s education system, from preschool to university. The reforms include a complete overhaul of the Ministry of Education, a review of Tomorrow’s Schools, and NCEA, and a programme of change for vocational education.  Continue reading

Oct 16, 2020
The Ministry of Education is about to implement a programme to radically change our education system. True to the doctrine of a Treaty partnership, the Ministry has been working with Māori academics and educationalists to design a blueprint for a ‘transformative shift’ in the education of our children and grandchildren. Continue reading

Feb 01, 2020
With its significant boost to the place of the Treaty of Waitangi in schools, the Education and Training Bill is another instance of the insidious shift of power and authority in government agencies. This Bill will confer undue rights on Maori to influence the education of our children and young people.  Please do not let this Bill go unchallenged! Make a submission on this very important issue. Continue reading