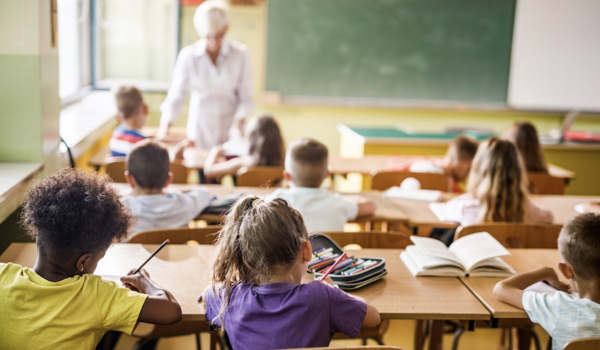 The Government has recently released their draft New Zealand history curriculum, which has been circulated for public feedback. The main themes include the arrival of Māori, early colonial history, the Treaty of Waitangi, the New Zealand wars, and New Zealand's role in the Pacific.

Education Minister Chris Hipkins says that he wants all New Zealanders to have their say on the draft content and is hoping to hear from as many people as possible. The National Party’s spokesperson on Education, Paul Goldsmith, is also encouraging everyone to look at the proposals and submit on them, adding that the curriculum is "lacking in balance and needs revision”.

"The themes are mainly about identity and identity politics. That is part of our story - but there are other elements to New Zealand's history," Mr Goldsmith says.

"New Zealand is also one the oldest democracies in the world, with strong traditions of freedom and the rule of law – which is rare in this world. How did those institutions develop? Again, this is not a central theme."

Dr Michael Bassett, former Labour cabinet minister and distinguished historian, is also critical of the proposed history curriculum, saying that the content of the Ministry’s presentation is utterly depressing, and pointing out that important elements of New Zealand history are absent from the draft:

Dr Bassett: “Scratch the surface and it becomes clear that those driving the idea want to downplay the huge significance of the arrival of European culture in New Zealand. Rather, they intend to replace it with only partially accurate accounts of the difficulties Maori faced when brought into contact with a more developed and advanced culture”.

Roger Childs, columnist and author of several books, is undertaking an analysis of the draft curriculum. Read part one of his series of reviews, which was recently published in the Waikanae Watch: ‘The new NZ History Curriculum for schools Draft 1 – Proposals and Big Ideas’

The Ministry is seeking input from all schools and the public before the content is finalised. The opportunity to have a say runs until May 31. You can access the draft curriculum at: Aotearoa New Zealand’s histories in our national curriculum – Education in New Zealand

Go back to the March 2021 newsletter

Jul 08, 2021
During 2018 the Government announced a three-year work programme to bring about significant changes to New Zealand’s education system, from preschool to university. The reforms include a complete overhaul of the Ministry of Education, a review of Tomorrow’s Schools, and NCEA, and a programme of change for vocational education.  Continue reading

Oct 16, 2020
The Ministry of Education is about to implement a programme to radically change our education system. True to the doctrine of a Treaty partnership, the Ministry has been working with Māori academics and educationalists to design a blueprint for a ‘transformative shift’ in the education of our children and grandchildren. Continue reading

Feb 01, 2020
With its significant boost to the place of the Treaty of Waitangi in schools, the Education and Training Bill is another instance of the insidious shift of power and authority in government agencies. This Bill will confer undue rights on Maori to influence the education of our children and young people.  Please do not let this Bill go unchallenged! Make a submission on this very important issue. Continue reading