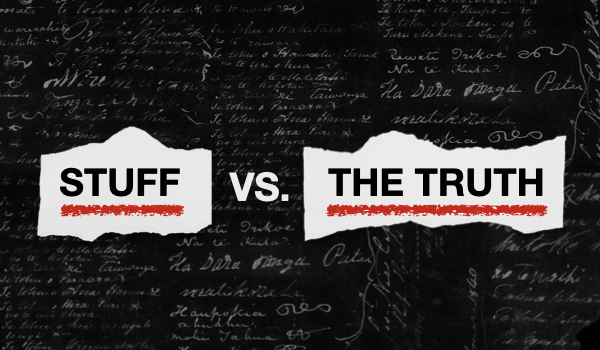 Recently a member sent a letter of complaint to Stuff regarding a comment made by Labour MP Arena Williams as guest columnist in newspapers published throughout New Zealand during February. The Williams commentary trotted out the oft-repeated lie about the Rangiaowhia affray - saying that “Colonel Nixon… was famous for razing unfortified Rangiaowhia while men, women and children burnt in their church.”

“That would certainly be a callous act if it were true. But it is not.

After receiving an unsatisfactory response, including a misguided history lesson courtesy of Carmen Parahi at Stuff, the same complaint was submitted to the NZ Media Council. I pointed out that there is plenty of evidence to support that the claim made by Williams never happened, and that I wasn’t looking to argue who’s right. I simply wanted Stuff to amend the article to state that the claim made by Williams was contentious, and that there were multiple versions of this story in circulation - some had facts to back them up, others were based on oral history (such as the William’s version). I believe it is in the public interest to make plain this distinction.

The Media Council, after providing a further history lesson, agreed the claim by Williams was contentious, and because of this, there were no grounds to proceed".

“So, the Media Council, instead of doing their job of promoting accuracy, fairness and balance, have taken a side on this issue. I would say that is contrary to their principles”.

The media’s collusion in the promulgation of false versions of our history without challenge has emboldened political activists such as Leah Bell, a history student at Victoria University, to present a grossly distorted account of the incident at Rangiaowhia to a Fairfield College Assembly a few days ago. This assembly included students from seven local high schools – Fairfield College, Waikato Diocesan School, St Paul's Collegiate, Fraser High School, Rototuna High School, Sacred Heart and Hamilton Girls' High School.

The report of Ms Bell's speech by Stuff reveals an emotionally manipulative diatribe, in danger of inflaming anger and hatred in young minds.

In response, Bruce Moon has sent letters to the Principals of the schools concerned, pointing out that the Bell presentation was a based on a grossly distorted version of events on that day, and attaching an account of what actually occurred - based on the words of some who took part - with extensive references.

For well documented accounts of the incident at Rangiaowhia, 21 February 1864, please see:

Please take every opportunity to challenge false history whenever it arises. If you would like to follow Bruce Moon's example and send messages to each of the schools whose students attended the Fairfield College Assembly in question, please see  the email addresses listed below: