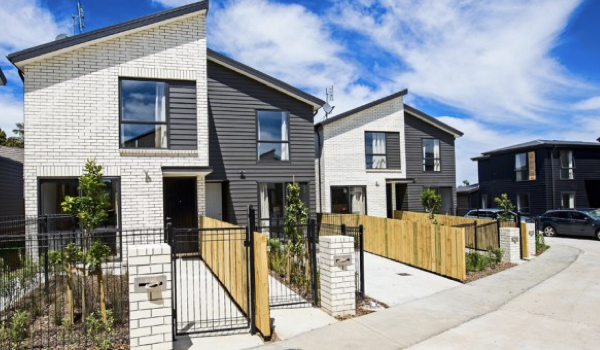 It has been quite some time since we covered the issue of Cultural Values Assessments (CVA). This does not mean they are no longer an issue. To the contrary – the taniwha has been quietly working in the background, sharpening its teeth – as evidenced by reports on a project undertaken to research the effectiveness of the CVA process for influencing resource management and consenting in Auckland, and recommending ways to increase iwi/hapu involvement in the resource consent process.

What has become obvious from reading the reports is that far more is expected than CVAs just being documents prepared by iwi to assist local authority planners in decisions regarding resource consents. It is suggested that CVAs have a broader application - “As a future-oriented tool, CVAs could also be employed in regard to all council plans, strategies and policies”. Additionally, rather than seeing CVAs as potentially a one-off transaction or legislative necessity to ‘tick off’, some also view them as part of an ongoing relationship, a partnership. (Ngāi Tai ki Tāmaki). The Technical Report by Dr Claire Gooder (May 2018) mentions that that mana whenua view CVAs as a negotiation, opening the lines of communication and the start of an ongoing relationship with reciprocal obligations and duties. Dr Gooder’s report is linked below:

Dr Gooder writes: “This literature review is designed to contribute to the assessment of mana whenua values and interests by placing CVAs within the literature on colonisation, Crown/Māori interaction, the Treaty of Waitangi, mātauranga Māori, Māori and Western planning models, and indigenous rights”. (p.6 Executive summary)

The latest Technical Report (June 2019), by Jacob Otter, Esther Rootham and Carina Mearesby on behalf of Auckland Council's Research and Evaluation Unit, is linked below:

In summary, the research found a general dissatisfaction amongst iwi about the current extent to which their cultural values and interests are being taken into consideration in resource consent decision-making. Iwi felt that engagement could be tokenistic, that they are not really considered to be Treaty partners by Auckland Council and applicants, and that this was unlikely to change until they are empowered to properly engage in decision-making.

Please see below some points raised in the latest report. However, to fully understanding the issues, please read the reports linked above.

Expectations expressed by iwi representatives include:

“There is one in ____, that they weren’t too bad engaging with us, but we did get a pou that’s going out the back of the development, and we had a bit of negotiating with what it was going to be. I mean, basically I was emailing the agent; it was about ownership, because we sort of said, "Well the pou is, even though you’re paying for it, it belongs to the iwi," and I think he was scared that we might take it away if we got annoyed with him, or something, and he said, "But I’ve paid for it, it’s mine, you can’t do that," and I said, "We own it as in like it’s part of us, it’s our whakapapa, all this sort of thing.

… I said, "Do you understand?" and he said, "Not really, but it’s a condition of my consent, so just go ahead," and that disappointed me actually, because up to that point, I thought he had, from reading the CIA, had gone, had said yes, I want to do this, but no, it was a condition of his consent. I want people to want to do it [hitting the table gently for emphasis]; I don’t want people to do it because they have to do it grudgingly, and this is guy is grudgingly doing it unfortunately”.

The report suggested there are two significant barriers to ensuring CVAs shape resource consent decision-making, being:

Recommendations include the council offering iwi tangible support to empower their involvement in the resource consent process. These include:

The term ‘mana whenua’, used extensively throughout the report, is alarming. According to the Technical Report’s glossary mana whenua ‘refers to the people of the land who have mana or customary authority; their historical, cultural and genealogical heritage are attached to the land and sea. This suggests iwi/hapu have authority over the land, a concept which at odds with private property rights.

The Maori Dictionary has a more extensive definition, to see please click HERE.

Resource management law replacement a can of worms!

Dec 14, 2022
The first two of three new Acts to replace the Resource Management Act 1991 – the Spatial Planning Bill and the Natural and Built Environment Bill – passed their first reading in November and are open for submissions until the 5th February 2023. Continue reading

Aug 02, 2021
Your chance to have a say on the preliminary draft of the Natural and Built Environments Act - one of three to replace the RMA - is running out fast. This opportunity closes in 2 days’ time - at 11:59 pm on Wednesday 4th August. There is not much in the preliminary draft of the Government’s proposed resource management reforms that will meet the stated aim of reducing the cost and time taken to consent projects or simplify the rules for building houses. On the contrary, rather than simplify some of the proposals will add to the complications.  Continue reading