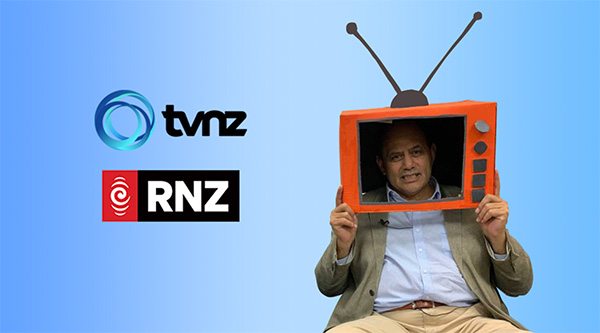 More than 800 submissions have been received on the Government’s Aotearoa New Zealand Public Media Bill, a law that will merge TVNZ and RNZ under a new parent group.

A number of media executives, including from TVNZ and RNZ, are expressing concerns about the lack of protection for editorial independence of the proposed new public media entity - that the bill would give the Government far greater control over public media than it has at the moment.

While there is a measure of editorial independence provided for in the bill, media commentators say it is less than watertight, and that the existing Charter at RNZ is much stronger.

RNZ and TVNZ are currently Crown Entity Companies, monitored by Treasury. But the new entity (currently referred to as ANZPM) will be an Autonomous Crown Entity (ACE), monitored by the Ministry of Arts, Culture, and Heritage. An ACE must typically give regard to government policy, thereby making it vulnerable to the influence of the Government of the day. (For more on this, see the Democracy Action September newsletter: 'Fears Raised About Government Control Of New Public Media Entity).

Others have expressed concerns about the new entity’s likely independence, given its reliance on government funding. The new entity will be less of a business model than TVNZ currently is. While the radio arm is promised to remain non-commercial, the TV arm of the new entity is set to have a mixed funding model – receiving money from the Government as well as revenue from advertising and other income streams.

“The Government is substantially increasing the amount of funding for public media to ensure New Zealanders can continue to access quality local content and trusted news. A new independent and future-focused public media entity will be multi-platform and designed to reach new and existing audiences, supported by Budget 2022 funding of $327 million over three years from 2023 to 2026. The new entity will support and enhance Aotearoa New Zealand’s national identity, and help combat the rise of disinformation.” (p.28)

(Currently, TVNZ is mostly advertising-funded and returns a profit to the government. It has an operating revenue of $342 million, operating expenses of $316 million and profit before tax of $11 million in 2022).

This new funding model will allow the government to manipulate the entity. Funding can be withheld or released according to the wishes of the Government of the day. This would be a very effective way to get the organisation to toe the Government line.

One reason for this funding model could be in recognition of the expected decrease in audiences and therefore revenue once the government takes a commercially viable entity like TVNZ, that airs popular content we (sometimes) want to watch, and replaces it with content Willie Jackson wants us to watch!

What is the Government hiding?

Perhaps the Strong Public Media Business Case explains why there is a need for further funding. However, the only version the government will release - including to National Party Minister Melissa Lee (who is on the Economic Development, Science and Innovation Committee Select Committee dealing with the bill) - is heavily redacted. Additionally, Treasury is not providing the usual Regulatory Impact Statement as they say it would substantively duplicate the Business Case.

We'll be keeping a close eye on this as it unfolds.

The Conversation NZ: The merger of TVNZ and RNZ needs to build trust in public media – 3 things the law change must get right

Stuff: The TVNZ-RNZ merger: a solution looking for a problem

Newsroom: A fistful of (public) dollars

Go back to the October 2022 newsletter