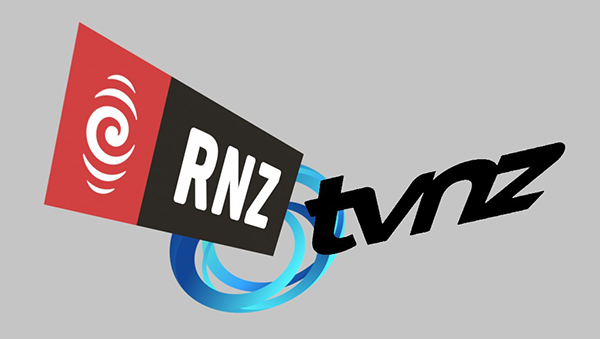 Independent media, free of government influence, is vital to a well-functioning democracy. The media must be able to hold government officials accountable, raise controversial issues without fear of reprisal, and include a diversity of voices and opinions, not just those that politicians want covered. However, the legislation to merge RNZ and TVNZ - the Aotearoa New Zealand Public Media Bill - is raising fears that our new public media entity - ‘Aotearoa New Zealand Public Media’ will result in opportunities for political interference.

Former New Zealand Herald editor-in-chief Dr Gavin Ellis, outlining his concerns about the creation of the new public media entity at a virtual meeting run by the Better Public Media Trust on 24 May 2022 said:

“This entity will also be monitored by more state agencies than ever before. This is at a time when trust in media and trust in government is at an all-time low. If we don't do something to ensure the absolute independence of this entity ... then it will not gain the trust of the public."

Yet, a strongly independent media is not a policy the government has chosen to pursue. Clause 15 of the bill purports to restrict the Minister’s ability to direct the entity in relation to editorial matters, claiming these restrictions are largely the same as those relating to TVNZ and RNZ. However, under the law change the new entity will become an ‘Autonomous Crown Entity’, and the Crown Entities Act says an ACE ‘must have regard to government policy when directed by their responsible minister.’ This classification is quite different from the current situation, whereby TVNZ and RNZ are Crown Entity Companies - making them legally independent from the Crown and unable to be directed by government ministers.

“I'm worried that it will create not only the perception, but also the reality that the new entity will become a mouthpiece for the Government.”

At the time, Broadcasting and Media Minister Willie Jackson told RNZ’s Mediawatch the government could not be completely hands-off with something funded with hundreds of millions of dollars - but he said no-one should worry about interference.

“There's no protection in the Charter - or anywhere else in the legislation that I could see - from retaliation ... if it reports in a way which displeases the government.”

“If there's going to be a change in New Zealand, it's an opportunity to shore up the independence of public broadcasting. The legislation as drafted weakens it, because the existing Charter at RNZ is actually much stronger,” Dr Muller said.

Colin Peacock, Mediawatch presenter, reported that plenty of people at the meeting shared Muller's concern about the entity's vulnerability to political influence. And among them was Dr Ellis, who told Mediawatch:

“An Autonomous Crown Entity, which is what is proposed, must have regard to government policy. There is a guarantee of editorial independence in the bill, but it is less than watertight. And there are many, many ways in which influence can be exerted.”

Dr Ellis is also concerned about the number of state agencies that have oversight of ANZPM. He says there are four - possibly six - who will have some kind of oversight and monitoring role, far more than ever before.

The new legislation is set to take effect from 1 March next year. It is set to cost $327m over three years - a substantial increase in funding for public media.

Let your views be known – have a say!

There are now only 5 days left to have a say on the bill - we have until 8 September 2022. Visit the Parliament website to find out more and to make a submission on the Aotearoa New Zealand Public Media Bill.

Talk with your friends and family about this and encourage them to also have their say.

To make a quick submission take 5 minutes to fill in the online submission form on the parliament site here: https://www.parliament.nz/en/ECommitteeSubmission/53SCED_SCF_BILL_125298/CreateSubmission