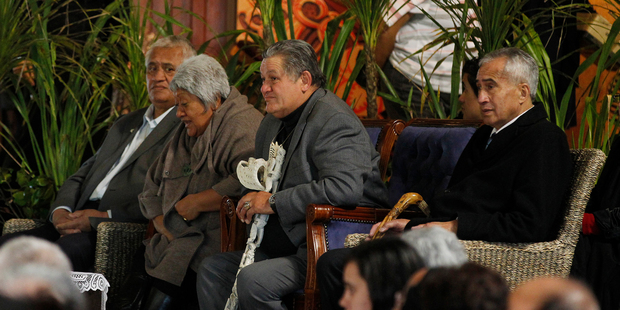 Currently the Government is holding a series of talks with the Iwi Leaders Group, who are demanding proprietary rights to freshwater.

In September 2012 the Maori King Tuheitia Paki called over 1,000 tribal representatives to Ngaruawahia to discuss the ownership and control of New Zealand’s water. He declared,

“We have always owned the water”.

Water is a precious public resource, a collective asset that we hold in common. Democracy Action believes that the administration of water must have the public good as its primary aim. All the citizens of New Zealand are stakeholders in this resource, and all citizens should be consulted on its management and allocation. There should be no backroom deals with any sector of the community, whether at the national or regional level.

The control of the freshwater resource should remain in the public domain – in the hands of our democratically elected representatives. No government has the right to secretly transfer management or allocation rights to a selected group – iwi or anyone else.

Please see below links to a selection of articles regarding this issue: