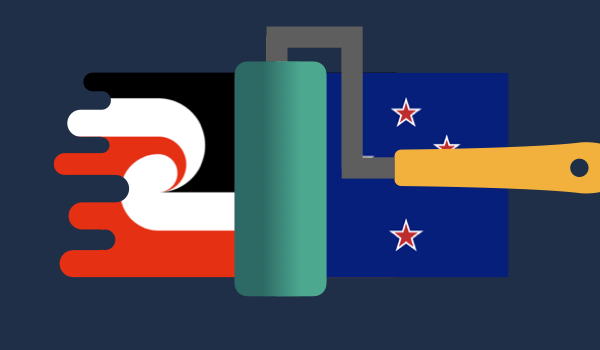 There are several mechanisms to encourage Māori to participate in local government that are specific to Māori citizens. These are set out in a range of Local Government related Acts, the Resource Management Act and Treaty settlement legislation.

Local Electoral Act 2002. This Act provides a process for establishing Māori wards/constituencies. Additionally there are Council specific arrangements, such as the Bay of Plenty Regional Council which has three Maori seats under specific legislation, and Auckland’s Independent Maori Statutory Board, a board appointed by mana whenua of Auckland that has voting rights on most Auckland Council committees.

Treaty settlements. Several treaty settlements include co-management and co-governance agreements. Co-governance is highly undemocratic because decisions are made by appointees, half appointed by Māori with the other half representing the Crown or Local Authority.

Local Government New Zealand published a report in 2017 on Council-Māori Participation Arrangements. It is highly likely there are even more arrangements in place four years later.

A FURTHER BLOW TO DEMOCRACY

The current Government appears to believe that communities have been too successful at exercising their democratic right to petition for a binding poll before the establishment of Māori wards/constituencies in their area. This poll provision had been built into the Local Electoral Act 2002 to safeguard against councils making constitutional changes to their voting system without first gaining the support of their communities.

So, the Government passed the Local Electoral (Māori Wards and Māori Constituencies) Amendment Act 2021. This new legislation removed provisions for communities to petition for a poll, allowing councils to introduce Māori wards without seeking the consent of their constituents.

To allow councils to fulfill their statutory obligations prior to the 2022 local body elections, the Government passed the Bill under urgency, ramming it through a truncated select committee process that gave the public just two days to make submissions. In doing so, the Government nullified several citizen-initiated petitions that had gained enough support to force a binding poll on Māori wards in their area.

It is also noted that the Government nominated the Māori Affairs Committee to usher in this law change, not the Governance and Administration Committee, even though the latter is responsible for Local Government matters. One could assume this was done to lessen the chance of opposition, and therefore make more haste.

The legislation also reopened the window for councils to consider Maori wards for the 2022 elections, now that they do not have to face up to the opposition from their communities.

However, this statement misrepresents the law. Provisions in the Local Electoral Act invoke the right to petition for a poll when a council decides to change the electoral system. Up until this change to the legislation these provisions applied to the introduction of Māori wards and a change from a first past the post (FPP) electoral system to a single transferable vote (STV) system (or vice versa).

Introducing Māori wards is not the same as changing boundaries for general wards. As the former introduces the Māori electoral roll and means that those on the Māori electoral roll will no longer be able to vote for candidates in the general wards, this requires a change to the electoral system.  Minister Mahuta would be well aware of this, as she was a member of the 2002 Labour Government which introduced this poll provision, a provision she supported at the time.

In any democracy it is vitally important that a council should not be able to make changes to the electoral system without appropriate safeguards in place - otherwise there is a danger that a council could manipulate the system to stay in power.

Again, another specious statement from the Minister. According to a survey carried out by Local Government New Zealand (LGNZ) in October 2020, the proportion of Māori elected to local authorities is now 13.5 percent. With the 2018 census showing Māori as 13.7 percent of the adult population, there is no substantial underrepresentation.

Another less obvious reason for changing the legislation to make it easier for local bodies to establish Māori wards may be to compensate for an apparent lack of Māori participation in Local Government elections, as outlined in a recent research paper by Maria Bargh. However, establishing Māori wards does not necessarily result in higher turnout of voters at election time. In 2016 turnout in Local Government general wards and constituencies was 43% against 26.7% in the Māori wards and constituencies. That is a 16% difference. This comparatively low turnout is not the fault of the electoral system, but it well may be a reason for Mahuta to want to manipulate the system.

In addition to these amendments to the law, the Labour Government is planning further changes. Minister Mahuta has warned that there is to be another stage of legislation to develop a “permanent mechanism” for local authorities to establish Māori wards or constituencies more easily, which will be in place in time for the 2025 local elections.

THE GOVERNMENT IS CONSIDERING MUCH MORE THAN REMOVING THE VETO RIGHT

These points are summarised in this chart in the 2018 cabinet paper: 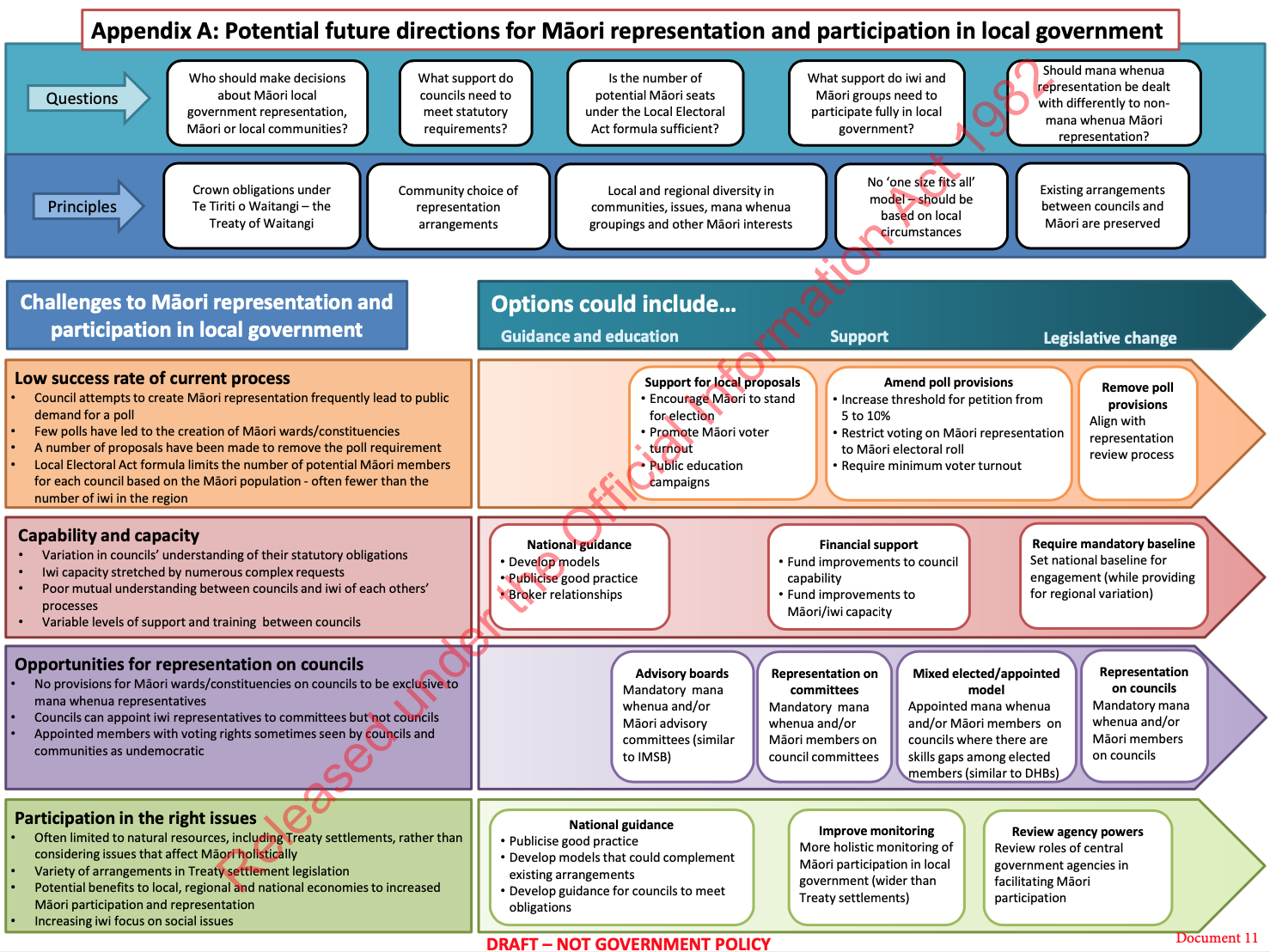 You can read the Local government briefing papers by clicking here.

It is unclear as to what will be included in the Government’s heralded further “improvemen­ts'' to the processes for the 2025 and subsequent local body elections. However, in some quarters the creation of Māori wards/constituencies is only seen as one step on the path towards Treaty-based local governance. A clue to what we might expect was the use of the word ‘equity’ in the minister’s press release Government supports councils to increase Māori representation. Equality is an equal right to participation - equity is an equal outcome.

We urge you to let your views be known to the Members of Parliament. Email the PM and Labour MPs with your concerns. Also to National and ACT MPs to urge them to pledge to either remove Māori ward provisions entirely, or at the very least, reinstate petition rights. All MP email addresses can be found here.

Additionally, send messages to your local Mayor and Councillors. We are aware some local bodies are revisiting plans to establish Māori wards/constituencies to join the others who previously made the decision. Keep an eye out for this possibility in your area. We urge you to have your say to the council concerned - but it appears you may need to be proactive. As regards the establishment of Māori wards, many councils commonly seek out the views of the iwi and Māori communities but shamefully are less active in seeking feedback from the wider community.

Muriel Newman at NZCPR has written an excellent article backgrounding the issue. Please click here to read ‘The Abuse of Power’.

Environment Guide: Māori and the RMA