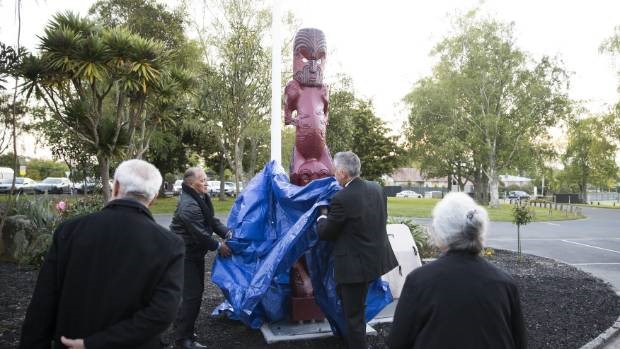 During the unveiling of a pou at Fairfield College, Hamilton, to commemorate the New Zealand wars, principal Richard Crawford acknowledged the history and sacrifice of those who participated, singling out the warriors of Waikato-Tainui and the Kingitanga movement. (A report on the ceremony and a recording of an interview given by Mr Crawford is available HERE).

By putting the Kingite warriors on a pedestal, as the pou plainly does, the school is choosing to promote a selective, one-dimensional portrayal of our history – far from the impartiality and academic integrity expected of a state school.

Kīngitanga arose among some of the Māori tribes in the central North Island in the 1850s, to establish a role similar in status to that of the British monarch. For a comprehensive look at the Kingitanga movement, and the complex debates and disagreements that surrounded its creation and its activities, ‘The Kingite Rebellion’ by John Robinson is recommended. This is available from Tross Publishing – www.trosspublishing.co.nz