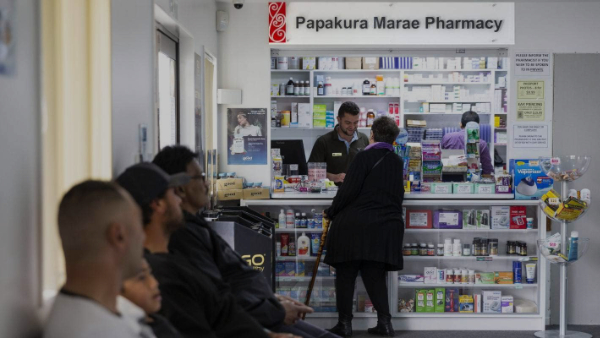 The Pae Ora (Healthy Futures) Bill passed its second reading this week. The hybrid Māori Affairs/Health Select Committee examining the legislation has recommended several amendments, which have been accepted. These changes include provision to further strengthen the Treaty of Waitangi partnership ideology in the legislation.

As well as the creation of a Māori Health Authority to work in partnership with Health NZ, a network of iwi-Māori partnership boards will be given the power to contribute to local planning and priority setting, as well as monitoring the health system against the agreed upon plans.

Mr Little, in his Cabinet paper proposing the reforms a year ago, spelt out who would he believed would hold the treaty partner role:

“…at the local level I see a critical role for empowered iwi-Māori partnership boards to reflect the voice of Māori and act as a Tiriti partner to Health NZ and the Māori Health Authority,” the paper said.

We are reminded that the Minister of Health said at the bill’s introduction that "This bill is about meeting Treaty obligations."

Click HERE to read the proposed amendments to the Bill

The Democracy Action submission on the Bill is available HERE

Future of Health: Update from the Transition Unit - 21 January 2022

NZ Herald: Explainer: Major health sector reforms near - what you need to know about changes 2 May 2022

Pae Ora - The radical change to our health system

Nov 29, 2021
The Pae Ora (Healthy Futures) Bill introduces legislation set to replace our current New Zealand public health system. This legislation will fundamentally change the structure of our health system. The bill's stated purpose is to provide public funding and provision of health services to protect, promote, and improve the health of all New Zealanders, and achieve health equity by reducing health disparities among New Zealand’s population groups. The objective of achieving health equity among New Zealand’s population groups, in particular for Māori, is the key driver of this new health system. Continue reading

The new health system - who will actually be in charge?

May 04, 2021
On April 21 the government released its plans for a new health system for New Zealand. The key announcements were centred around the disestablishment of our 20 regional DHBs in favour of one new national entity, Health NZ, and the establishment of a new Māori Health Authority to ensure our health system delivers improved outcomes for Māori. Continue reading