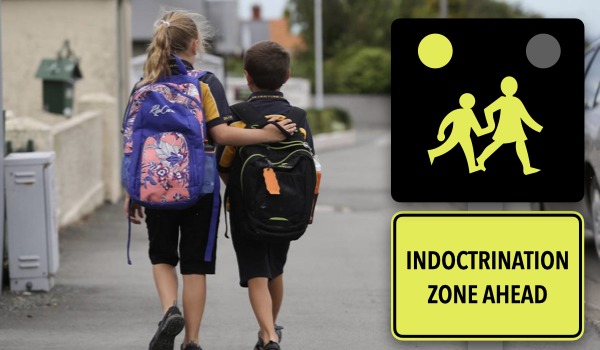 I am writing to encourage you to have your say on the draft ‘Aotearoa New Zealand’s histories curriculum' which is currently open for public feedback. You have until 31 May to make a submission. The details can be found HERE.

See further below for a draft submission you are welcome to use.

The Ministry of Education has been tasked with creating a new curriculum to “span the full range of New Zealanders’ experiences… with contemporary issues directly linked to major events of the past.” However, the curriculum has eschewed this brief – instead, our history is to be seen through the prism of the Maori experience. We believe the curriculum should include the history and experiences of the many different groups and ethnicities that make up New Zealand society, but they are not represented in the curriculum. Instead, the emphasis is on Māori experience and tikanga. As an example, “Most ākonga (students) learning will be through rohe and local contexts and stories, agreed by iwi, hapū and community, and included at the school level. They are the local iwi, hapū and community stories about events and people”.

Looking at the big ideas and knowledge contexts in the draft, there appears to be a “cherry picking” approach which highlights the positive elements of Māori history and the negative effects of colonisation and Western development.

The draft specifies three big ideas that all study must revolve around:

“Māori have been settling, storying, shaping, and have been shaped by these lands and waters for centuries. Māori history forms a continuous thread, directly linking the contemporary world to the past. It is characterised by diverse experiences for individuals, hapū, and iwi within underlying and enduring cultural similarities”.

“Colonisation began as part of a worldwide imperial project. In Aotearoa New Zealand, it sought to assimilate Māori through dislocation from their lands and replacement of their institutions, economy, and tikanga with European equivalents. It is a complex, contested process, experienced and negotiated differently in different parts of Aotearoa New Zealand over time. In its varying forms, colonisation – including privileges deriving from it and the enduring assertions of tino rangatiratanga and mana Māori – continues to evolve”.

“Individuals, groups, and organisations have exerted and contested power in ways that have improved the lives of people and communities, and in ways that have led to damage, injustice, and conflict. Ideologies and beliefs, from within and beyond Aotearoa New Zealand, underpin expressions of power and resistance and insisting on rights and identity.”

These three “big ideas” are to be illustrated within three contexts:

We suggest that these contexts have more to do with sociology and Maori culture than history. Furthermore, the curriculum strays into the territory of political propaganda in several controversial statements, such as:

For further examples, see a member’s critique of the curriculum - (with a dash of humour) - by clicking HERE

Another area in which the curriculum fails is the lack of consideration of New Zealand history within wider global contexts, to understand New Zealand’s place in the world. Such a narrow focus will not go any way to making sense of the society we live in today.

We urge anyone concerned about the curriculum to put in a submission.

For those who would like some help to do so, a Democracy Action member has kindly offered an example for your consideration. You are welcome to use this partially or in its entirety.

You are also invited to use anything from Roger Child’s work on this issue, available on the Hobson’s Pledge website. Also see the article in our March newsletter: New History Curriculum - Thumbs Down From Some.

Submissions are due by Monday 31 May.  Tell your friends and family about this too – this is one of those occasions where numbers really do matter.