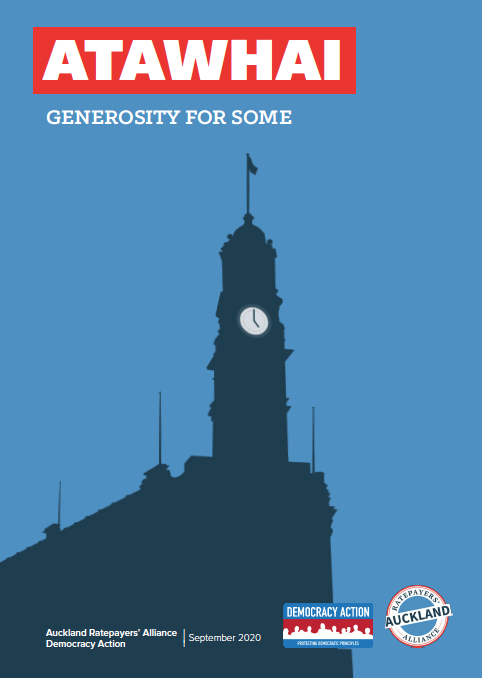 Ratepayers’ Alliance spokesperson Jo Holmes says, “Every dollar allocated to cultural advice, a marae development, or an unelected Māori authority is a dollar that cannot be used for the core council services that benefit all ratepayers."

"The function of Māori representation at Auckland Council is duplicated by at least six different Council mechanisms. Not one of these can be held to account by the general ratepayer who funds their operations.”

“Many Aucklanders will be supportive of some degree of race-based spending, but what this report uncovers is the extent of duplication and an alarming increase in costs. The Independent Māori Statutory Board was set up to promote issues of significance to Māori to Auckland Council, but we’re now paying eight times its budget because the Council undertakes the same function through other branches.”

“As the Council annually increases rates far beyond increases to living costs, including during an economic crisis, we’re calling for an urgent review into this non-essential spending.”

Democracy Action spokesman Lee Short says, “A 2015 report by the NZ Institute of Economic Research showed that the Māori economy in Auckland is substantial – at around $4 billion of GDP with $23 billion of assets. This being so, the wisdom of Council contributing towards Māori economic development at ratepayers’ expense is questionable at best.”

“This paper is evidence that the interests of those who identify as Māori are being elevated above those of all other Aucklanders, thereby undermining the concept of equal rights upon which our democracy is based.”