'Point of Order' goes into bat for democracy 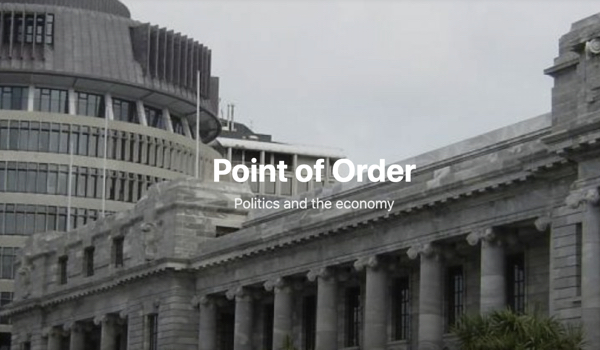 Following the Hasting District Council’s decision to appoint Māori representatives with speaking and voting rights to its four standing committees, (thereby sparing them the need to campaign for election), Victoria University of Wellington published an article on its website headed Academics commend Hastings District Council for inclusive, effective decision-making.

In the article Te Kawa a Māui Head of School Associate Professor Maria Bargh says Māori are substantially under-represented in council decision-making structures. “Allowing tangata whenua the right to speak and vote on decisions is one way for councils to work towards equitable processes.” (This is despite Hastings District Council currently having 5 of the 14 councillors identified as being of Maori descent).

In response Point of Order emailed the University’s communications team with questions which they suggested Associate Professor Bargh might address. They were:

Ms Bargh answered these questions with four sentence response which raised more questions than she answered. This can be read on the Point of Order post 'The prickly issue of Treaty rights and governance: should NZ do things by halves or defend its democracy?'

N.B. Maria Bargh contributed to the report on constitutional change by Matike Mai Aotearoa. This report recommended replacing democracy with a co-governance model, seeking to implement this regime by the year 2040. (See pages 104 -112 of the report linked above for a description of the different models proposed.)

“the principles of democracy should be first and foremost in all of our minds”.

In an opinion piece published in Hawkes Bay Today (11 April), Hastings District Councillor Malcolm Dixon explained why he voted against the motion to appoint Maori representatives to the standing committees. It is well worth a read. See Hawkes Bay Today: ‘Malcolm Dixon: Principles of democracy should be first and foremost’

It is important to let those, like Malcolm and his three fellow councillors, know that we appreciate their stand. Please send messages of support to: