Were Auckland Councillors stitched up by officials? 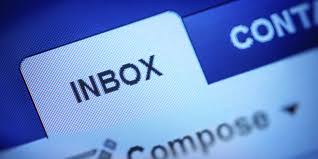 The documents reveal the normal process of regulatory decision making did not take place. They indicate that while the provisions were mentioned at one Council workshop, Councillors were either not there or have no recollection of anyone highlighting the significance of the issue. It appears there was no informed consideration of the cultural impact assessment provisions by elected members.

The only evidence of formal approval provided to the Councillors was to a resolution that did not even refer to cultural impact assessments. Council officials brought their own ball to the game and ran with it tucked under their jersey, then claimed it was officially approved because the ref never saw it.

The letters to Auckland Council CEO, Stephen Town, show that Councillor Mike Lee, and several of his colleagues, were not briefed or made aware of the controversial cultural impact assessment requirements prior to them coming into effect. That is despite the provisions creating a significant new burden on ratepayers, requiring applications to buy cultural impact assessments for certain resource consents. With no cost controls the impact could be thousands of dollars in payment, plus delays. There is also the risk of misuse of power by unelected groups.