The Partnership Principle proving to be very costly 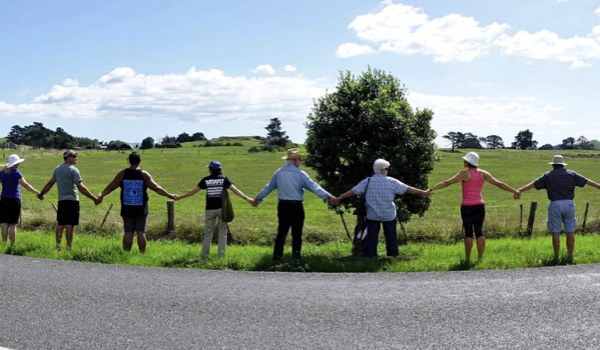 In our March update we reported on Horizons Regional Council’s plan to create a committee of councillors and iwi leaders to come up with strategies for water catchments as a way of involving iwi in managing Manawatū waterways. “This is about us trying to show a level of partnership with iwi”, said Councillor Jono Naylor.

In answer to questions about this issue sent to Cr. Naylor by Point of Order’s Bob Edlin, he admitted that early engagement with iwi is a way of heading off what could be costly processes, including litigation. The question could be asked, how widespread is this sentiment among local body politicians?

Point of Order: One lone councillor argued for others (e.g. farmers) to join iwi in shaping Horizons water strategy

It is not only government that has been infected by ‘the Treaty is a partnership’ disease - the private sector is being affected too.  It was revealed in a news report on the protest over the Fletcher housing development at Ihumātao, that as part of a partnership agreement with Te Kawerau a Maki, Fletcher Building will turn over a quarter of the 32-hectare development area to the iwi, (ostensibly with the intention that the area be planted with trees).

Originally Te Kawerau a Maki, who claim mana whenua status over the land, was very unhappy about the Fletcher Building housing development. But in 2011 they changed sides - they did a deal with Fletchers that included a gift of land, the result of which was the dropping of the tribe’s opposition to the development. Te Kawerau a Maki spokesperson Te Warena Taua is reportedly especially proud of that. "It's the first-time private land has been given back directly,” he said, and "We're looking at affordable homes for our people."

New Zealand is justifiably proud of consistently being ranked as one of the least-corrupt countries in the world. But for how long with such practises becoming increasingly common?

NZ Herald: The tragedy of Ihumātao