The Crown-Maori Relationship – Demands A Threat To Democracy 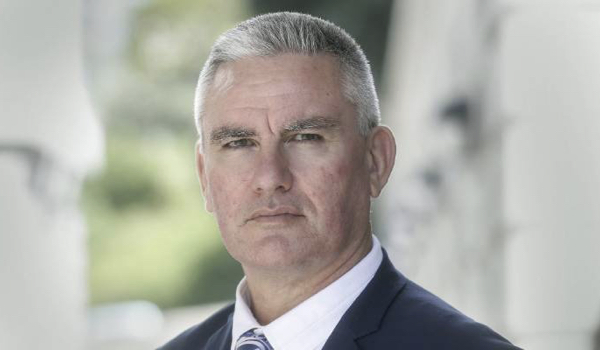 The Prime Minister has established a new Crown/Māori Relations portfolio, “to focus on the health of the Crown/Māori relationship now and over time”.  The Minister for Crown-Maori relations – Kelvin Davis – has been touring the country, seeking advice on what such a relationship should be post Treaty Settlements.  Throughout this consultation process the general public have been side lined, with most meetings held with the Maori community.

The Minister also held meetings with representatives of a handful of organisations and interest groups.  This included a group focussing on constitutional and legal matters.  The make-up of this group points to the suspicion that the minister is looking for confirmation of a pre-determined outcome, there being next-to-no advocacy for the rights and interests of all citizens.  The group consists of: Annette Sykes, Dr Carwyn Jones, Paul Beverley, Professor Mark Hickford, Sir Geoffrey Palmer and Linda Te Aho.

The following points are examples of the recommendations made by the group:

Such recommendations are echoed in feedback from other Maori organisations, and the 20 regional hui held throughout the country. The Treaty is a partnership between the Crown and Maori is a constant theme, alongside the need for a law change to enable Māori at the council table as of right - as Treaty partners and not just stakeholders.  There is also much more being demanded.  Click here for access to the full list of feedback notes.

The Minister met with representatives from all the various hui on 23rdJune to work on co-designing a document that details how to measure and strengthen the relationship in the future.  From there the document will be shared with NZ First and the Greens before Davis takes a paper to Cabinet at the end of July.

An indication of how Minister Davis sees the future of Crown-Maori relationship is revealed in a Stuff article here which reports that one of the things he hopes to see in the future is a partnership between Māori and all the various government agencies.

Crown-Māori relations do not happen in a vacuum.  Many of the recommendations put forward are inimical to the democratic beliefs and rights of all other New Zealanders.  In response to this threat to our rights, our friends at Hobson’s Pledge sent an open letter to the Minister, urging him to talk to all of us.  This letter was published as full-page advertisements in the Herald on Sunday, the Sunday Star Times and the Otago Daily News.  If you missed it, you can see a copy of the letter here.

The letter references a speech given by former Prime Minister David Lange in the year 2000, which highlights the danger of proceeding down the path of some kind of dual sovereignty.  The speech is available here

Strong opposition is needed. Please take the time to contact the Minister, telling him that, as we are in this together, he needs talk to all of us.  And to ask him to “act reasonably, honourably and in good faith towards all New Zealanders, as citizens with the same rights”.

For those needing help in providing feedback to the Minister, please see some ideas in this example kindly provided by one of our members, here.

Update on the Crown-Maori Relations Portfolio

Sep 06, 2018
The Minister for Crown-Maori Relations is due to report back to the Cabinet Crown-Maori Relations Committee this month, with a detailed guide for Ministers and agencies on an engagement model. This is following hui held around the country through April and May, seeking feedback on how to strengthen the relationship between the Crown and Maori. Continue reading

Oct 05, 2018
According to a NZ Herald report, the ‘Māori Crown Relations: Te Arawhiti’ agency will help facilitate the next step in the Treaty relationship – moving beyond the settlement of treaty grievances into what it means to work together in partnerships. It will also provide leadership across the public sector on other matters including the constitutional and institutional arrangements supporting partnerships between the Crown and Māori.   Continue reading