Slowly, slowly, catchy monkey - renaming the country just one step along the way 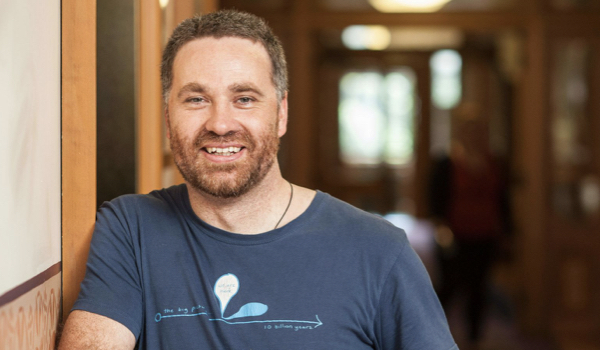 According to Dr Carwyn Jones, (Senior Law Lecturer, Victoria University), an even better realisation of the symbolism of ‘Aotearoa New Zealand’ would be to reflect the Treaty partnership in our constitutional arrangements. Dr Jones writes:

“Giving expression to the values symbolised by ‘Aotearoa New Zealand’ could be done by developing models for the exercise of public power based on Te Tiriti o Waitangi and the partnership it established”.

Read more from Dr Jones at Newsroom: A new name, a new approach

Carwyn Jones was a member of Matike Mai Aotearoa – The Independent Working Group on Constitutional Transformation, which presented a report on its findings at Waitangi in 2016. The report identified six indicative constitutional models that aim to recognise the different spheres of authority held by Māori and the Crown, as expressed in Te Tiriti o Waitangi. The report is available HERE.

Dr Jones was invited by the Minister for Māori Crown Relations to be a member of the Constitutional and Legal focus group, convened during a round of hui held in 2018 to consult on the new portfolio. The group promoted a number of ‘gems’, such as ‘the Treaty is clear that there are two peoples in a partnership, with roles and responsibilities’, and ‘the need to move beyond a consultation mind set to real partnership and engagement’. For a list of further advice given to the minister by this group, see hui notes – ‘Our path ahead Crown/Māori relations’

Unfortunately, such Treaty partnership propaganda is hitting home in some quarters. Look at what Horizons councillors Jono Naylor and Wiremu Te Awe Awe had to say to fellow councillor John Barrow when he objected to the creation of a committee of councillors and iwi leaders to come up with strategies for water catchments, as reported in Stuff article:

Councillor critical of plan for governance with iwi over water catchments

Both Dr Muriel Newman, in NZCPR article Aotearoa New Zealand, and Dr Don Brash in his presentation to a public meeting on February 23, (in Henderson, Auckland), argue that it is constitutionally impossible for the Crown to enter into a partnership with any of its subjects.

“Maori and the Crown are not partners in any sense of the word yet an ideology of Treaty partnership has hijacked the Treaty of Waitangi”, Don explains in his lecture ‘What Partnership?’

Empowering iwi leaders in the name of ‘partnership’ is a matter with profound constitutional implications. Those pushing for partnership with the Crown appear to have no regard for the rights and interests of other citizens. Nor for the financial burden placed on ratepayers, as made clear in the Waikato Regional Council submission to the Productivity Commission.