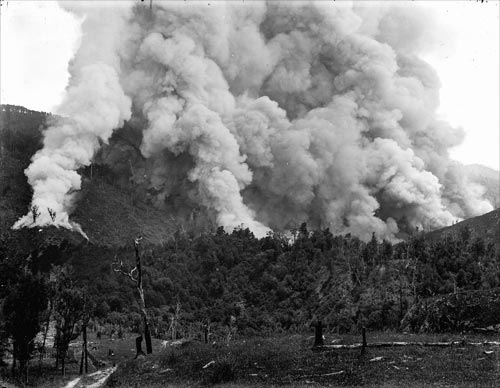 Despite claiming to be "of the land" the first colonists burned and destroyed huge tracts of native bush and trees, as shown in the article ‘Early settlers rapidly transformed lowland forests with fire’, published by TerraNature, 15 December 2010. This article was informed by the more in-depth article published by the Proceedings of the National Academy of Sciences of the United States of America (PNAS) -‘Rapid landscape transformation in South Island, New Zealand, following initial Polynesian settlement’