Petition to demand our democracy back 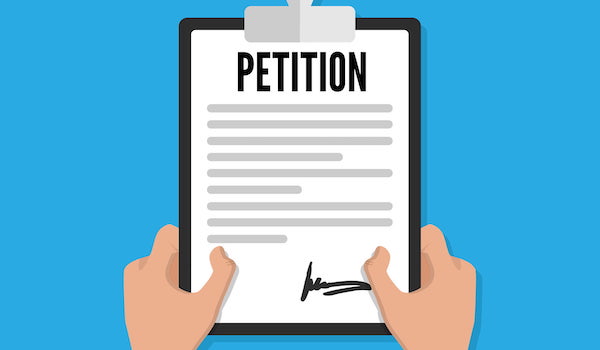 A group of concerned citizens have launched a petition to return New Zealand to a true democracy. The petition, to be presented to parliament, states that ‘We Demand Our Democratic Rights & Democracy Back'

The petition organisers are alarmed about the profoundly serious issues relating to the trashing of NZ Democracy, which is taking place right now, saying that:

“The 85% majority of New Zealanders (the irrelevant majority) are rapidly being brushed aside from their rights as citizens in their own country which is sliding into a state of apartheid”.

They go on to say that a defining issue recently was the 2021 draconian legislation [fast tracked] enacting the abolition of the right for New Zealanders to petition for a referendum on Council Maori Wards.

“This was not democracy, with a rushed consultancy allowing only two days for public submissions and then the Government passing legislation overnight with urgency. There should have been a nationwide referendum on this issue as the Labour Government had no mandate to pass this legislation! This Labour Government lacks transparency, honesty or accountability. Will the next step be co-governance with part Maori who make up less than 15% of the population legislated through in the same manner with no proper consultation or any public referendum?

The same concerns apply to any proposed race-based Constitution? All this is contrary to the Third Article of the Treaty of Waitangi- namely that ALL the peoples of NZ will have the same equal rights and privileges as British subjects”.

Here is the link to read and sign the petition (you may need to copy & paste into your browser)
https://www.parliament.nz/en/pb/petitions/document/PET_109870/petition-of-christina-humphreys-return-new-zealand-nu