Paul Beverley - a fox in the henhouse? 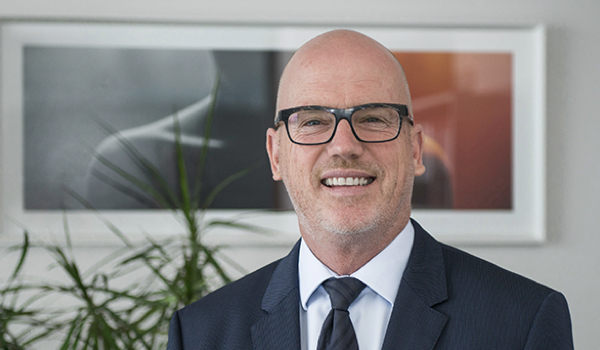 Auckland Council has engaged Paul Beverley to act on the council’s behalf as an interested party in the claims made under the Marine and Coastal Area act. Given his track record we can have very little confidence he is the best person to vigorously defend the rights and interests of the general public.

Who is Paul Beverley?

Paul Beverley, of Buddle Findlay, specialises in the RMA, co-governance design in Treaty settlement processes, and advising local authorities on Treaty and Māori law issues. According to the Buddle Findlay website, he has extensive experience collaborating and negotiating with Māori and advising on Māori law issues. His particular specialty is designing and negotiating co-governance, co-management and relationship frameworks between the Crown, local government and Māori.

According to Anne Gibson, Property Editor of the New Zealand Herald, in an article on Beverley published 13 May 2017, “….in the past few years, the refrain sounding loudest in his life is redress for tangata whenua. That means addressing the wrongs of the past, helping Maori groups negotiate, then draft Treaty of Waitangi deeds of settlement as one of the Crown team representing the Justice Ministry's Office of Treaty Settlements”.

Further insight into the views of Beverley can be found in his involvement as a participant in the Constitutional and Legal experts’ hui held by the government to discuss Crown-Maori Relations (20 March 2018). Notes produced by the participants include the following points:

For a full list of the key points raised by the participants, see here: https://www.justice.govt.nz/assets/Documents/Publications/Notes-of-Crown-Maori-Relations-focus-group-with-Constitutional-and-Legal-experts-20-March-2018.pdf

And again, for clues as to what Beverley thinks, see his paper entitled ‘A stronger voice for Māori in natural resource governance and management’, which he presented to the NZ Planning Institute conference 2015 – ‘Back to the Future’.

Paul Beverley claims that Māori have a deep and innate relationship with natural resources, saying that significant advances are being made to enable the expression of this relationship. In his paper he focussed on one of these advances – the arrangements delivered through Treaty of Waitangi settlements, giving the following four examples of Treaty settlement arrangements:

Paul Beverley acted for Auckland Council in the negotiations leading to the new Tupuna Maunga Authority.  According to Beverley the Tāmaki Collective settlement reflects a significant reconnection between the Iwi of the Tāmaki Collective and their tūpuna maunga, which includes a detailed set of arrangements that provide a prominent voice for those Iwi in the future governance and management of, and planning for, those tūpuna maunga. Beverley was quoted in the NZ Herald 13 May 2017, saying:

"Those maunga are the embodiment of the iwi ancestors so the law now recognises that through the vesting of those volcanic cones back in the iwi, and the Tupuna Maunga (co-governance) Authority. It's a really important point in the journey."

Paul Beverley acted for the Crown on the Waikato River claim, which resulted in the Waikato-Tainui Raupatu Claims (Waikato River) Settlement Act 2010 and other legislation, recognising the river as a tupuna or ancestor with mana, and in turn representing the mauri or life force of the tribe. The Waikato River arrangements provide for the establishment of the Waikato River Authority, a co-governance authority comprising five members appointed by the river iwi and five members appointed by the Crown/local authorities. The Waikato River Authority is responsible for the vision and strategy for the Waikato River. The Vision and Strategy is a planning document with very powerful effect, in fact it is incorporated directly into the Waikato regional policy statement, and it overrides an RMA national policy statement in the event of conflict. Decision-makers under a wide range of legislation are required to consider and give legal effect to the vision and strategy.

Beverley is also active in spreading the co-governance net wider

He is one of the three authors of the Hauraki Gulf Forum Governance Review and Recommendations, presented to the HGF June 2016, which recommended the 50/50 co-governance model, with greater powers.

Is this the person you want to represent you in the battle for control of the foreshore and seabed in the Auckland region? If not, contact your ward councillor, and Mayor Goff, demanding a change of legal counsel, and explain why this is necessary.