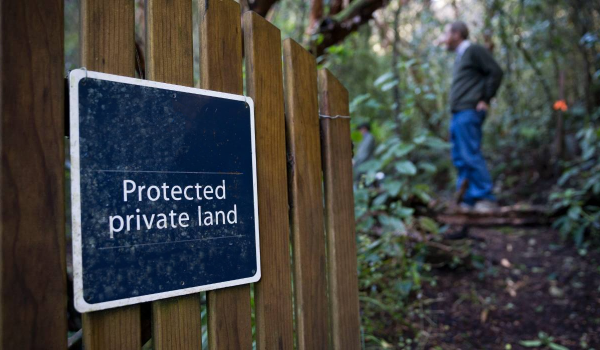 Anger has erupted around the country over the Government’s much stronger approach to protect indigenous biodiversity, as outlined in the Draft National Policy Statement for Indigenous Biodiversity (NPSIB). Due to take effect in July 2021, it contains a set of objectives and policies to identify, protect, manage, and restore indigenous biodiversity.

Once the policy is adopted, Councils will be required to identify and map all significant natural areas and wetlands (SNAs) in district and regional plans. When an area has been classified as a SNA, the Council can direct the landowner to not only maintain the indigenous biodiversity of the area, but to also actively enhance the ecological integrity of the ecosystem.

SIGNIFICANT AND FAR-REACHING IMPLICATIONS FOR LANDOWNERS

As a SNA designation will tighten restrictions as to what a landowner can do with such areas, people are expressing concern about what this means for their property. The policy has been labelled a modern-day "land grab" by some opponents, fearing that land will be locked up, and they will be unable to use it. In 2020 Poutini Ngāi Tahu took legal action against the West Coast Regional Council over an area of Māori land that was classified as an SNA. The iwi argued that the classification effectively placed the area under Crown control. "We are concerned that this is just one instance of the council taking a broad brush approach to mapping and inappropriately removing property rights with the stroke of a pen.”

Despite the NPSIB not being finalised, Northland Regional Council has decided to adopt SNAs into its Regional Policy Statement, which Northland Councils are now implementing. The Far North District Council is one of the first cabs off the ranks, recently announcing it has deemed 282,696ha of land, or around 42 per cent of the land in the district, to be classifiable as SNAs. (Check out the maps in the Far North here, the large tracts of shadows tell the story of the size of this issue: https://fndc.maps.arcgis.com/apps/webappviewer/index.html...)

This would result in some farms having almost half of their land area designated as a SNA.

It is reported that some landowners are feeling left in the cold without any compensation, rates relief, or support.

"It's basically an attack on property rights. It's like someone coming onto your property and taking a strip of land off your section and saying 'you no longer own this'," one Far North farmer has been reported as saying.

Another farmer had a 170ha block for sale, with 70ha being designated as an SNA. "Almost half of his farm is no longer his. It's in his title, he pays rates on it, but it's not his to use. That's a removal of property rights," said a friend of the farmer.

Iwi landowners have also come out against the SNA policy being rolled out across their land,  saying it should not be used on Māori land as it would reduce their ability to use the land. Ngātiwai Trust Board chairman Aperahama Edwards:"We agree in principle with the intention of the policy to protect our indigenous biodiversity on general title lands, but Māori land should be exempt".

Still time to have a say in the Far North

A heated response from landowners has forced the Far North District Council to extend the deadline for submissions until June 11. For more information on making a submission, please click here: https://www.fndc.govt.nz/.../Significant-Natural-Areas

Another concern is the degree of influence Māori will have over public and private land. A key objective listed in the Government’s overall strategy document, Te Mana O Te Taiao Aotearoa New Zealand Biodiversity Strategy 2020, is to see Māori partnering with the government on decisions about taonga species*, and the land, waterways, and the sea with which they associate. Minister Nanaia Mahuta asserts that the Treaty partnership is at the centre of biodiversity work, in order to “strengthen the Treaty Partnership between Māori and the Crown” and “support partnerships throughout local government and iwi.” (See foreword, Te Mana o te Taiao)

*The definition of taonga is explained in the policy statement document as “indigenous species, populations or ecosystems that are identified by tangata whenua as taonga”.

One of the five key outcomes Te Mana o te Taiao is seeking is that Māori are exercising their full role as Rangatira (boss/master/owner) and kaitiaki (guardian) (see p.72)

Additionally, that “Treaty partners, whānau, hapū, iwi and Māori organisations are central to the biodiversity system and recognised as leaders”. (p.43)

The National Policy Statement for Indigenous Biodiversity (NPSIB), currently only available to the public in draft form, is a key tool for achieving Te Mana o te Taiao. This directs councils to work with Iwi/Māori to design a process for “identifying indigenous species and ecosystems that are taonga” and that councils “must make or change their district plans to include (to the extent agreed to by tangata whenua) the description of identified taonga and their values and a description or map of their location”.

So, in addition to allowing councils to interfere with private property rights, the policy appears to enable Iwi/ Māori to do so too.

A Significant Natural Area (SNA) is an area that has significant indigenous vegetation or habitat of indigenous fauna. A SNA may include remnant native bush or native forests, wetlands, frost flats, lakes and rivers, or geothermal vegetation. SNAs may also have other values such as a landscape area of particular scenic interest.

Scoop: The Truth About SNAs

Stuff: Government's plan to earmark areas of natural significance labelled 'theft by the Crown' by farmer

Oct 08, 2022
The Te Tai o Poutini Committee has extended the submission deadline for the draft combined district plan (for the Buller, Grey Westland District Councils and the West Coast Regional Council) to 28 October 2022. This is largely due to a mapping “glitch” that saw landowners on the West Coast receive a letter advising their property was affected by a newly designated site and area of significance to Māori, some of which were inaccurate.   Continue reading